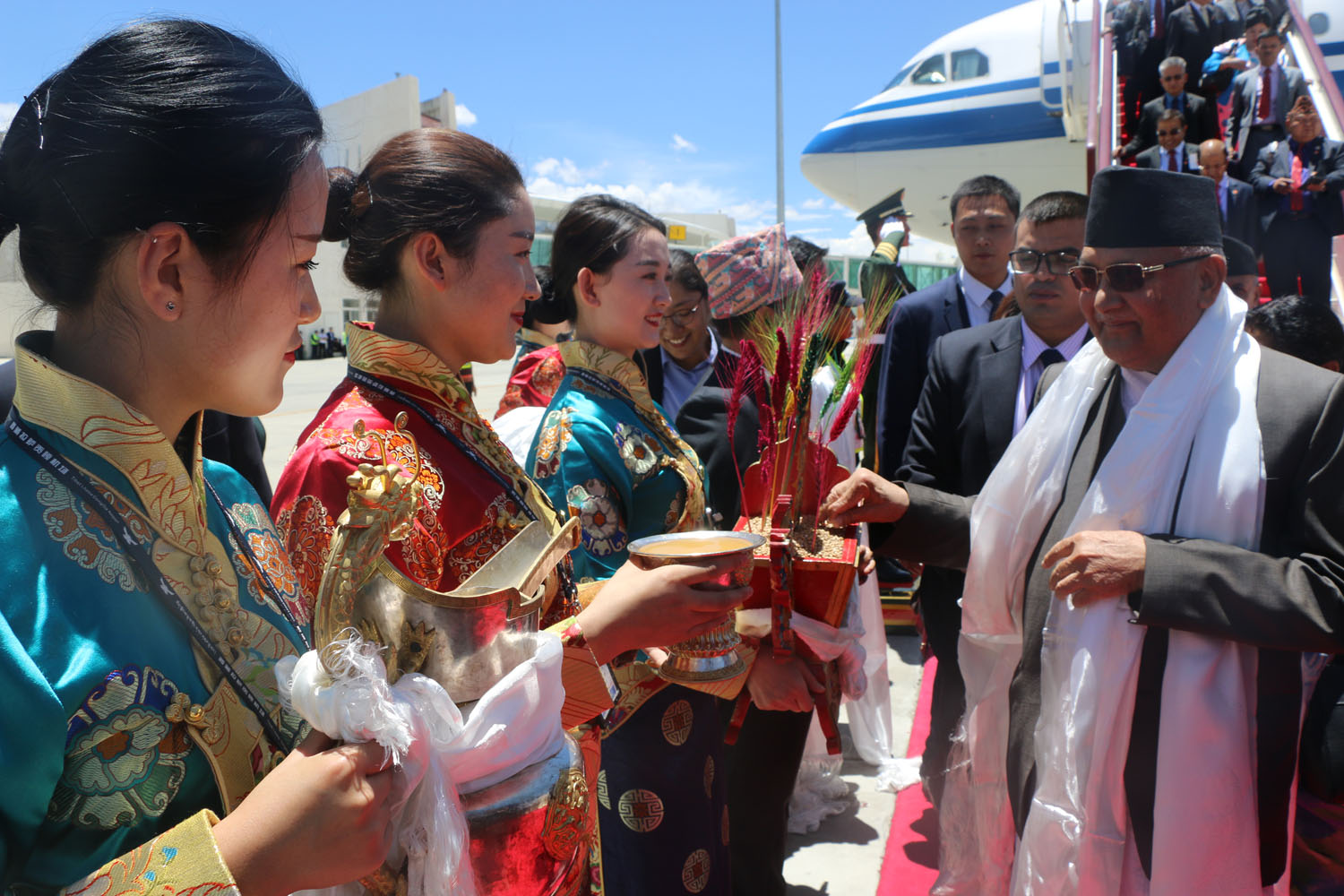 The campaign of 'Prosperous Nepal, Happy Nepali', put forwarded by the new government formed after the successful completion of three tiers of elections in line with the Constitution has also gained momentum.

The meetings has given a new height to the bilateral relations and also yielded important outcomes in economic development.

The Memorandum of Understanding with government and private sector has imparted a message that Nepal is a proper destination for investment while the visit has also given a message of political stability in Nepal to the Chinese side.

China has officially accepted Nepal's slogan of 'Prosperous Nepal, Happy Nepali' and has also pledged to provide possible support towards realizing the campaign for this. The recognition from Chinese side has also expanded Nepal's agenda for prosperity at international level.

Nepal's emphatic proposal of railways was endorsed by Chinese President Xi Jinping. This is an important matter for Nepal and Nepali people, which is likely to have influence at regional level.

Agreement on the trans-border Himalayan railway service is something to cheer as it will have positive consequences with multi-dimensional changes in economy. It is believed that the agreement is so far the most important initiative and will embark on a new era in the area of reciprocal cooperation.

The signing of transport connectivity protocol has allowed the vehicles carrying Nepali goods and commodities in China's autonomous region which will ease our movement in mountainous region. The agreement will expectantly give momentum to Nepal's trade exchange in northern belt.

Likewise, the agreement point on energy will also ease power exchange and subsequently pave the way for economic activities and development.

Commenting on the MoU signed at the Embassy, FNCCI Chairperson Bhawani Rana said, "We took the agreements signed here as very important and positive. The agreements indifferent sectors would help Nepal's journey towards prosperity". RSS

KATHMANDU, April 7: President of India, Ram Nath Kovind said that India was willing to expand cooperation that was in... Read More...