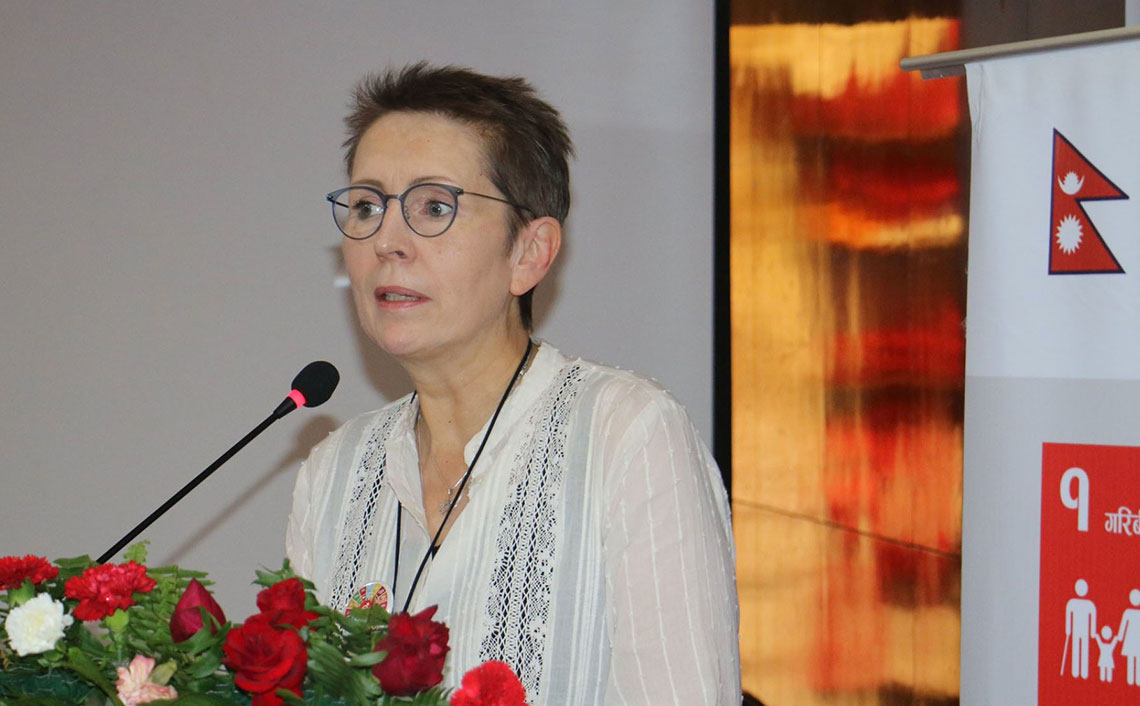 KATHMANDU, Sept 25: Stakeholders including development experts on Tuesday marked the 3rd anniversary of the adoption of the Sustainable Development Goals (SDGs), stressing the need to invest more to meet the target by 2030.

At a joint program organized by the Government of Nepal National Planning Commission, NGO Federation, CSO Forum on SDGs and United Nations Development Program, speakers said while Nepal is on the frontlines in the process of localizing the SDGs, substantive investment is needed to make sure Nepal meets all the SDG targets.

All countries across the globe, including Nepal adopted the Sustainable Development Goals on September on 25, 2015 at the United Nations General Assembly, presenting a universal framework for development to be achieved in 15 years, from 2015 to 2030.

“All the development programs of the Government of Nepal are now SDG-coded, which helps us track the progress made against each of the 17 Development Goals and targets,” said Dr. Narayan Poudel, Joint Secretary at the NPC taking stock of the progress made toward localizing the SDGs. Localizing the SDGs at the local level, Poudel said, is a challenge as Nepal is currently undergoing a complex process of federalization.

Government of Nepal was among the first countries in the world to publish SDG status report taking stock of the progress made in the past 15 years and setting national targets and indicators for the next 15 years.

UN Resident Coordinator Valerie Julliand said the 17 SDGs are all interconnected and they cannot be separated. “The SDGs is a very ambitious agenda. More than a development agenda, they are a moral obligation, on all the governments, including the Government of Nepal,” she said adding that the government should work hand in hand with the civil society as they have the important role to monitor the government to make them accountable.

The federalization is an additional opportunity to entrench the values of the SDGs at all levels in programming and decision making within the spirit of leaving no one behind, said the UN Chief.

Also speaking at the interaction, CSO representatives expressed serious concern over slow progress in the areas of governance reforms, including anti-corruption and civic engagement.