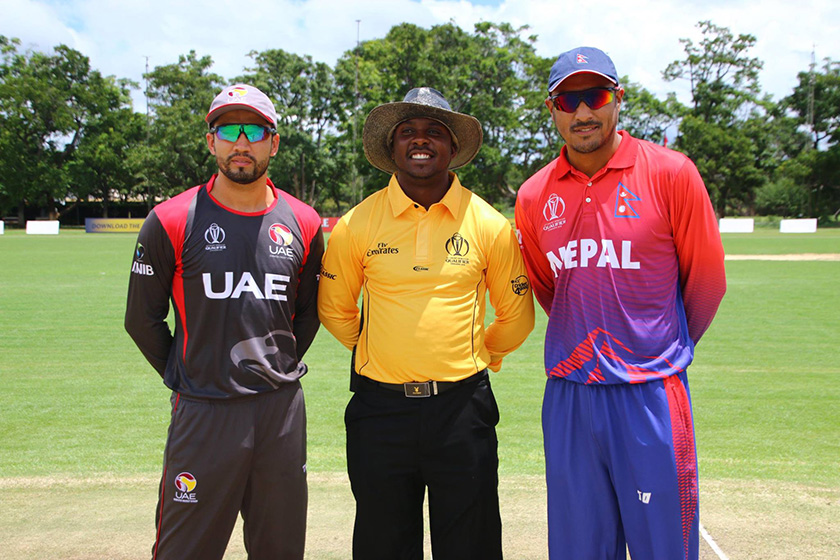 Electing to bat first after winning the toss, UAE made 171 runs in 28.5 overs in the reduced 29-over match.

This is the third match Nepal is facing UAE within two weeks.  Nepal had defeated UAE by six wickets in the group match and was defeated by UAE by seven wickets in the final match during the ICC World Cricket League Division II held in Namibia.

Both countries have qualified for the World Cup Qualifiers to be held in Zimbabwe itself.

Nepal will take on Zimbabwe in their first match at the ICC World Cup Qualifiers to be held in Zimbabwe on March 4. Similarly, it will play with Scotland, Afghanistan and Hong Kong on February 8, February 10 and February 12 respectively under group B.

KATHMANDU, Aug 1: Nepal has received a target of 190 runs from Netherlands at the 1st ODI being held at VRA... Read More...