Nepal off to winning start 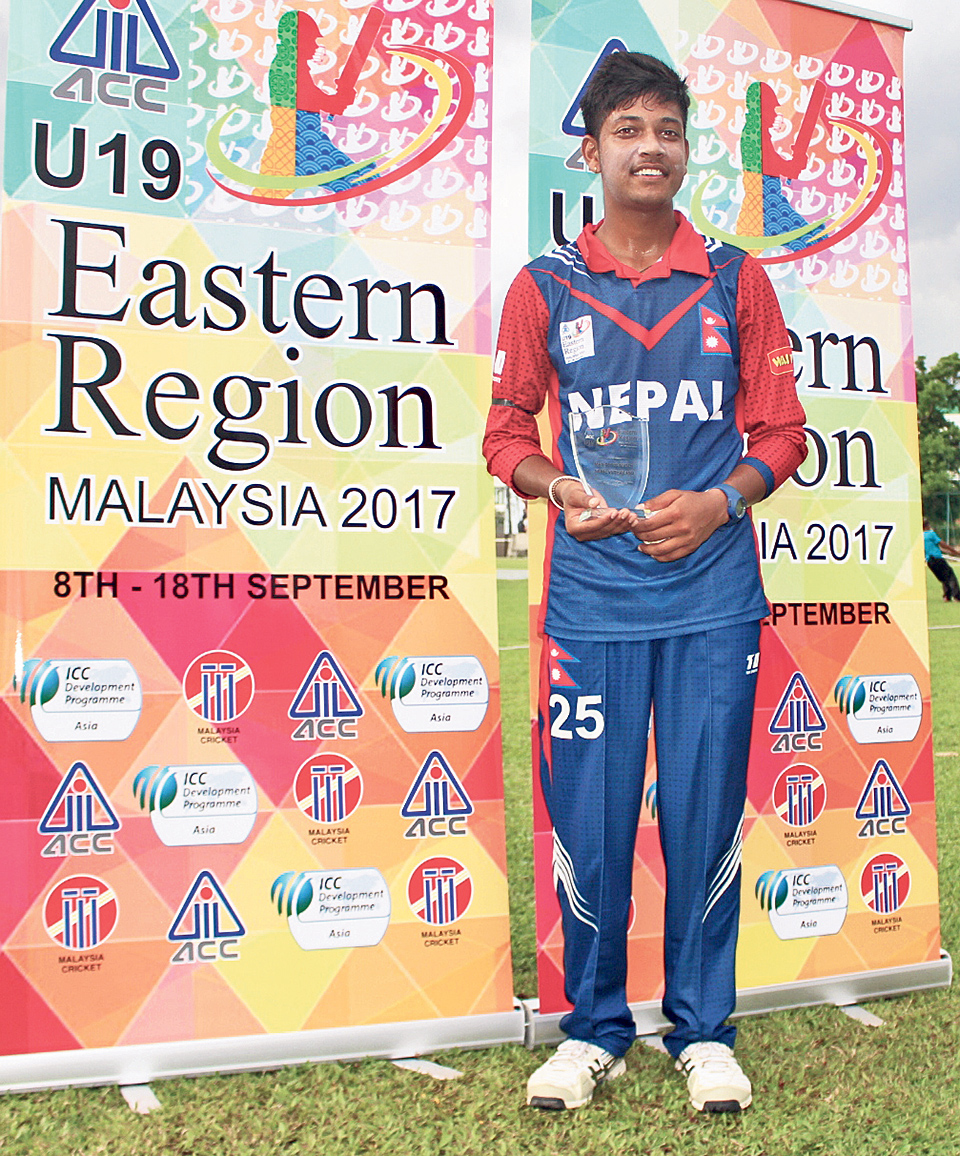 KUALA LUMPUR, Sept 12: Sandeep Lamichhane completed a seven-wicket haul as Nepal registered a 255-run win over Thailand to make a winning start in the ACC U-19 Eastern Region Cricket Tournament in Malaysia, on Monday.

In the Group B match of the competition played at Club Aman Cricket Ground in Kuala Lumpur, Thailand collapsed in 10 overs with 26 runs on board while chasing the target of 282 runs.
Lamichhane pocketed seven wickets giving away just six runs in four overs to limit Thailand for the low total.

After guiding his team to the big-margin victory, Nepal’s head coach Binod Das expressed his satisfaction over the performance of his batsmen.

“The match went as per the plan. We wanted all the batsmen to stroke at least 20 runs each and we met the target,” said head coach Das. “There is still room for improvement. We want to return back home with a trophy.”

Opening pair of bowlers Nandan Yadav and Kishore Mahato picked up one wicket each while skipper Dipendra Airee added other wicket for the Nepali team.

Thai batsmen had a disastrous day as three of them were dismissed for ducks while none of the other batsmen reached double figures. Panasak Daenmalidoi was Thailand’s top scorer with just eight runs.

Sah was supported by Pranit Thapa Magar who stroked a half-century hitting three boundaries and one six in 61 deliveries.

In the other match of the group, Singapore U-19 overcame Bhutan by nine wickets at the Kinrara Oval cricket ground.

Nepal will now face Bhutan in its second match of the tournament on Wednesday at Kinrara Oval.

Nepal storms off to winning start in ACPL