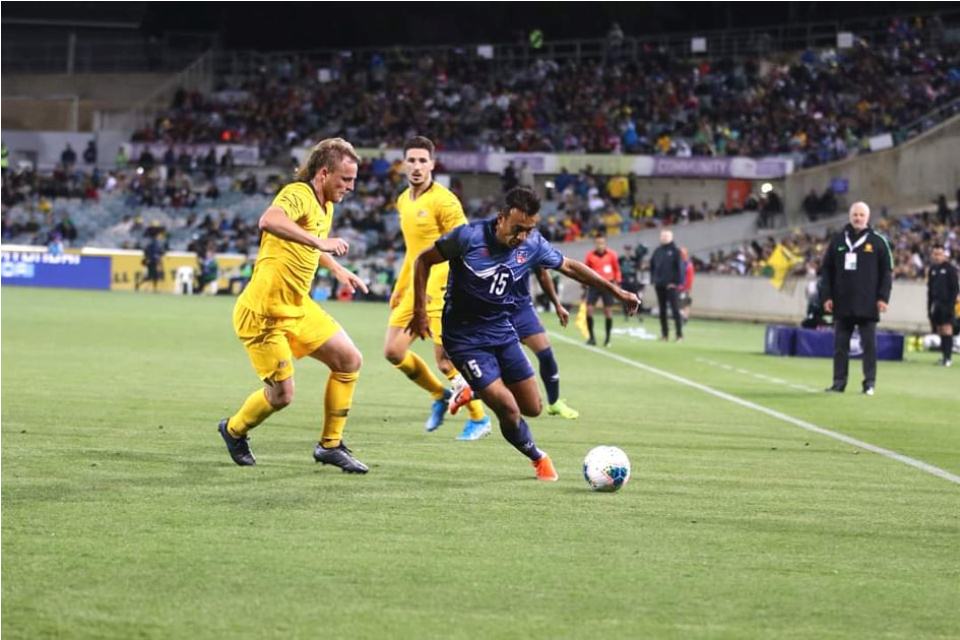 KATHMANDU, Oct 10: Nepal has been beaten by the host Australia 5-0 in FIFA World Cup round 2 Asian qualifiers held in Canberra, Australia on Thursday.

Jamie Maclaren scored the opening spree in the 6th minute. He again netted the ball in the 19th minute while Harry Souttar tripled the lead in the 23rd minute. Souttar again guided the ball into the Nepali goalpost to make it 4-0 by the 59th minute. Maclaren earned a hattrick scoring yet another goal in the final minute.

Nepal played a defensive game throughout the match, however, couldn't stop the hosts making it a onesided affair.

Australia, Jordan, Kuwait, Chinese Taipei and Nepal are in the group.

Nepal will now travel to Jordan to play other qualifiers on October 15.

DOHA (Reuters) - Qatar will begin sifting through fan feedback from the Club World Cup to see how it can... Read More...

KATHMANDU, Aug 6: The All Nepal Football Association (ANFA) has announced a 31-member team in the initial phase to play... Read More...