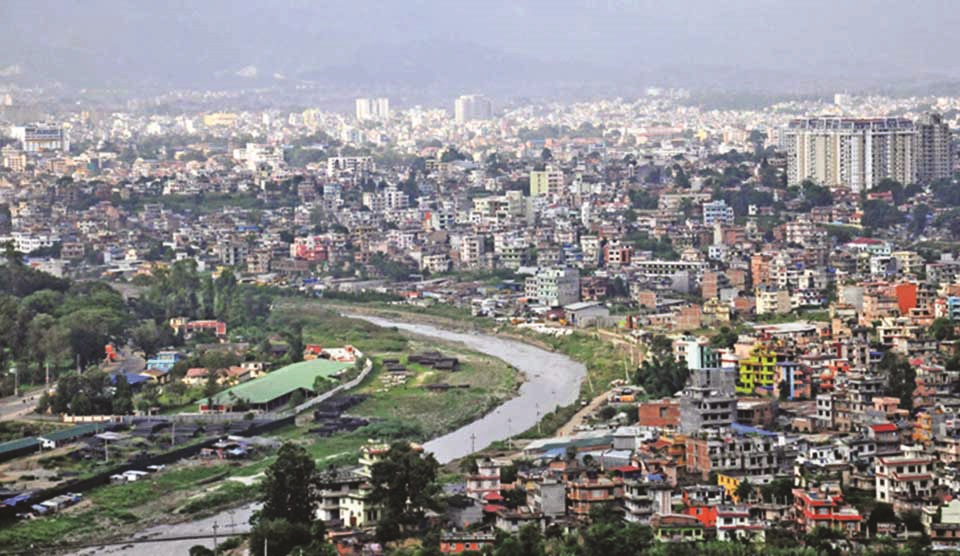 Srijana Koirala is an architect and student of Urban Planning at Pulchowk Engineering Campus. Megha Raj Koirala is a civil engineer with specialization on geo-technical engineering
news@myrepublica.com

Types of economic activities, degree of infrastructure development, inter-connection with the outer regions and way of living of people determine whether a place is rural or urban. Human civilization has developed through the rural mode in every part of the world. From the hunter-gatherers to discovery of fire and shift toward agriculture and technology, the basis of way of life of people has always been the activities they are involved in. Today, there has been a paradigm shift of way of life of people, from the rural to the urban. Urbanization has continued to ascend in a rapid way.

As other countries around the world, urbanization and globalization has affected Nepal too. Today, Nepal has one of the fastest growing urban populations in the world.

Under federal system, powers have been devolved to the provinces and local governments with the motto of bringing regional balance and integrated development in the country. The main purpose of this is to decrease regional gap and create polycentric development approach. Budget has been allocated in each of the local levels, for the development of social, economic and physical infrastructures. Likewise, provincial governments can also exercise power for policy formulation and implementation independently. Infrastructure development has been one of the topmost priorities in every province. Despite development activities being oriented to the provincial and local levels, population is concentrated on certain areas, mostly urban. Population is either declining in local levels or is stagnant.

Though Nepal has a great demographic dividend, it has not been able to utilize the 51 percent of active population. Due to lack of employment opportunities, huge number of youth are migrating to Gulf countries for gainful employment, leaving rural villages to the care of elderly people, who themselves need care.

Due to lack of physical and social infrastructures, most of the families are shifting toward the town areas in order to have better education for children, supported mainly through remittance or service based job in town areas of Nepal. People are shifting from agricultural-based economy to service and remittance-based economy.

Dire consequences
The consequences of these are telling. Agricultural lands are left barren. Nepal is importing agricultural products worth more than $2 billion per year to meet the demand. Although local government has plans to provide infrastructures and development in each corner of the country, it doesn’t seem feasible from the economic point of view in the declining and sparsely populated rural areas. More specifically, the number of students is declining in rural areas as everyone is shifting toward town areas for better education, employment and facilities.

Federalism has not been able to stop the major forces of urbanization and globalization. It has not been able to prevent decline of rural population because of the following reasons. One, even though infrastructural facilities such as roads, electricity and water-supply are provided in the rural areas, no one is willing to return to their homes from the urban areas, nor are they willing to stop migrating toward the urban areas. It is so with many parts of hills and mountains.

Two, as agricultural lands are left barren and people are shifting to service sector, creation of employment opportunities through agriculture has not been possible. Without special interventions in agriculture through technology and innovations, it will forever remain impossible.

Three, establishing agro-based and resource-based industries is quite difficult in rural areas due to lack of raw materials, affordable labor forces, workmanship, technological management and infrastructures and services. Search for better life has attracted people toward the urban areas.

Policy makers need to understand that every single area of Nepal cannot be developed in an equal manner. Some of the areas will continue to lose population due to out-migration, even though there is heavy investment of infrastructures from the government.
However, investment in agriculture in commercial scale in rural areas through public and private partnerships can help. We need to ensure that all necessary infrastructures are in place in rural areas. A broader vision through the perspective of regional planning needs to be integrated among various municipalities for the collective growth. Restricting people from migrating to urban areas won’t be possible for people migrate for various reasons. What is possible is to lay the foundation for creating growth centers in every region.

Srijana Koirala is an architect and student of Urban Planning at Pulchowk Engineering
Campus. Megha Raj Koirala is a civil engineer with specialization on geo-technical engineering