Nepal elected as member in UN-HRC 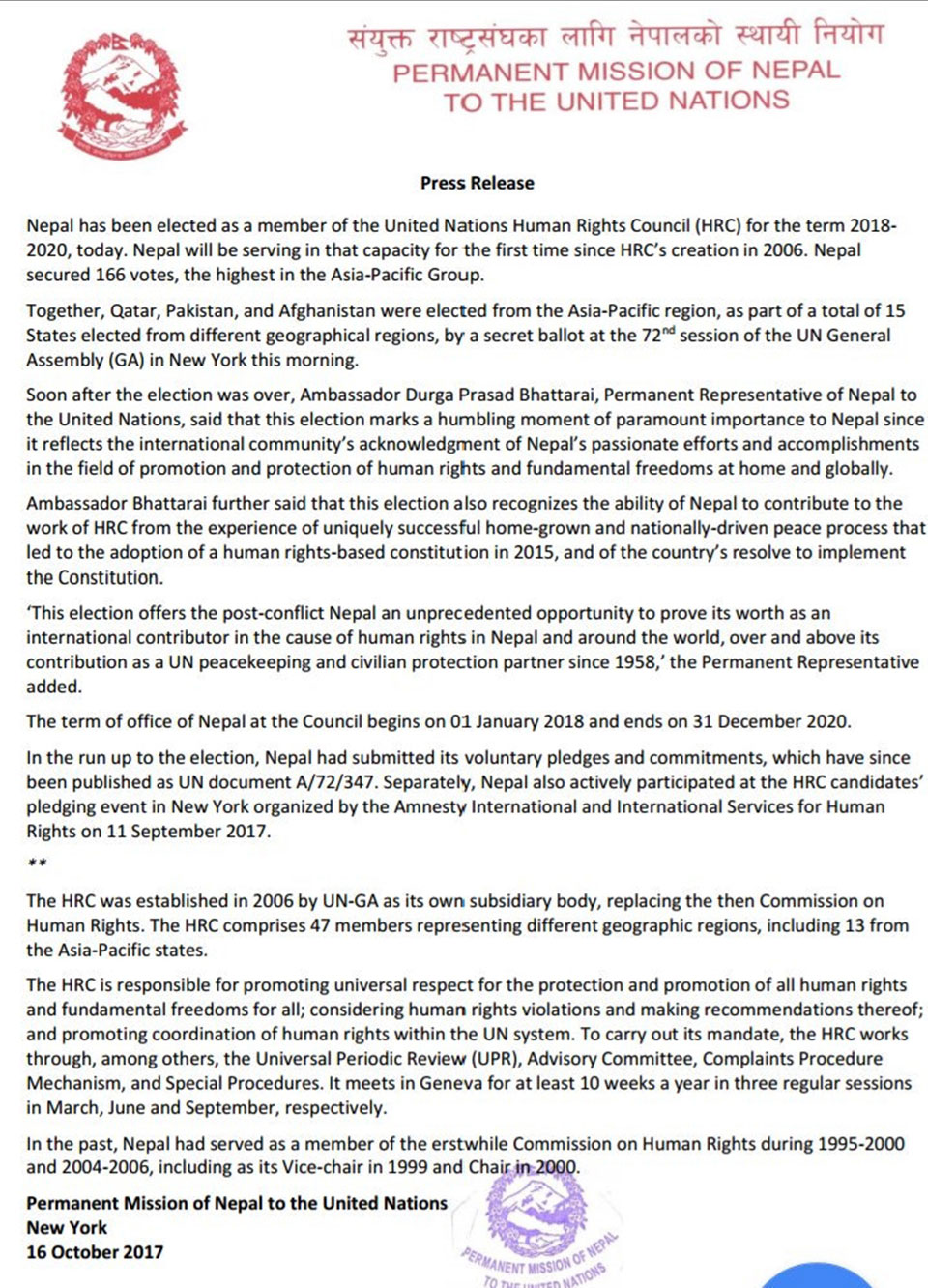 KATHMANDU, Oct 16: Nepal has been elected as a member of the United Nations Human Right Council (HRC) for two years term.

In a press statement issued by Permanent Mission of Nepal to UN on Monday evening, it has been informed that Nepal will be serving in that capacity from 2018 to 2020. It is the first time for Nepal to be the member of the council since the establishment of HRC in 2006. Nepal secured 166 votes, the highest in the Asia-Pacific Group.

Together with Nepal, Qatar, Pakistan and Afghanistan have been elected from the Asia-Pacific Region, as part of 15 states elected from different geographical regions, by a secret ballot at the 72nd session of the UN General Assembly (UNGA) in New York on Monday evening, according to the statement.

In the run-up to the election, Nepal had submitted its voluntary pledges and commitments. Separately, Nepal also has actively participated at the HRC candidates’ pledging event in New York organized by the Amnesty International and International Services for Human Rights on 11 September 2017, the statement reads.

KATHMANDU, June 13: Nepal has been elected in the governing body of the International Labour Organization (ILO), 50 years after it... Read More...