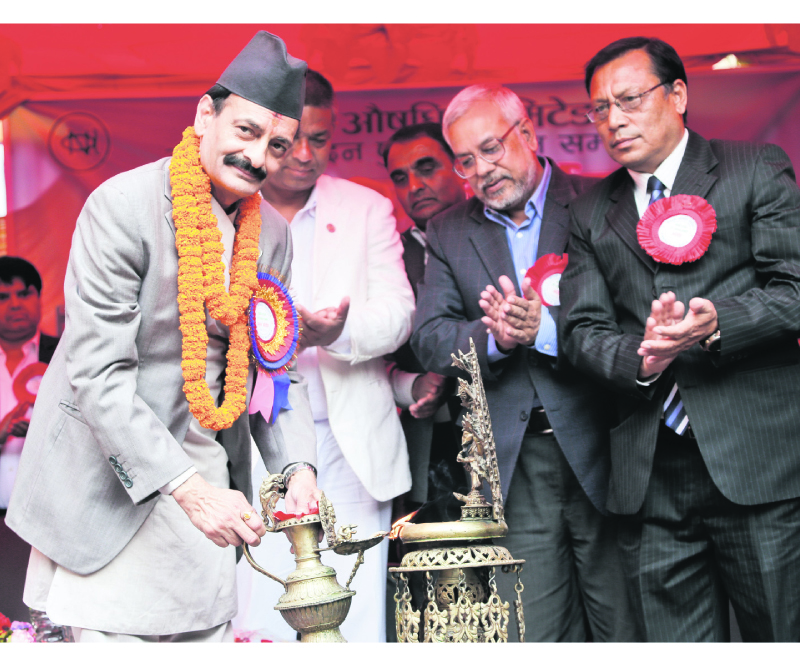 The state-owned drug maker had stopped production in 2009 after it failed to meet the Good Manufacturing Practice (GMP) of World Health Organization (WHO). NDL plans to send Jeevan Jal to the market from mid-May.

NDL has installed new plants and fulfilled all WHO-GMP requirements by taking loan from the government. A cabinet meeting held in September last year had decided to provide Rs 146.05 million to the NDL to breathe a new life into the state-owned drug maker. It has received Rs 64.08 million as the first installation of the government credit.

The NDL will Jeevan Jal in a pouch of 21 grams.

Robus Kusom Subedi, the director general NDL, told Republica that the drug maker will start producing Cetamol and non-penicillin tablets within next three months. “Our plan is to start production of 15 types of most-consumed medicines in Nepal in the second phase. Likewise, we will begin production of other medicines like capsule, penicillin, ointment, among others, in the third phase,” Subedi said, adding, “The NDL will also produce saline water and Haemodialysis Fluid by bringing its Intravenous Fluid (IVF) department into operation.”

He further added that the medicines produced by the NDL will be cheaper as compared to medicines of other brands available in the market. “We have resumed operation with a motto ‘Quality Medicine at Reasonable Cost’. Our aim is to reduce dependency on other countries for medicines, use available herbs and raw materials, and decrease monopoly of private drug companies in the Nepali market,” Subedi added.

NDL will sell Jeevan Jal at Rs 9 per pouch. Similar, products of other brands are being retailed at Rs 10 or more per pouch.

Subedi also said that the NDL will produce all 70 medicines which the government has announced to distribute free of cost to all citizens.

Inaugurating the new plant of NDL on Sunday, Minister for Industry Nabindra Raj Joshi said that NDL has planned to produce anti-venom and anti-rabies vaccine by mid-April 2018. “It will reduce import of vaccine which will save taxpayers’ money,” Joshi said, adding that cheaper medicines produced by NDL will put pressure on other drug-makers to reduce their prices.