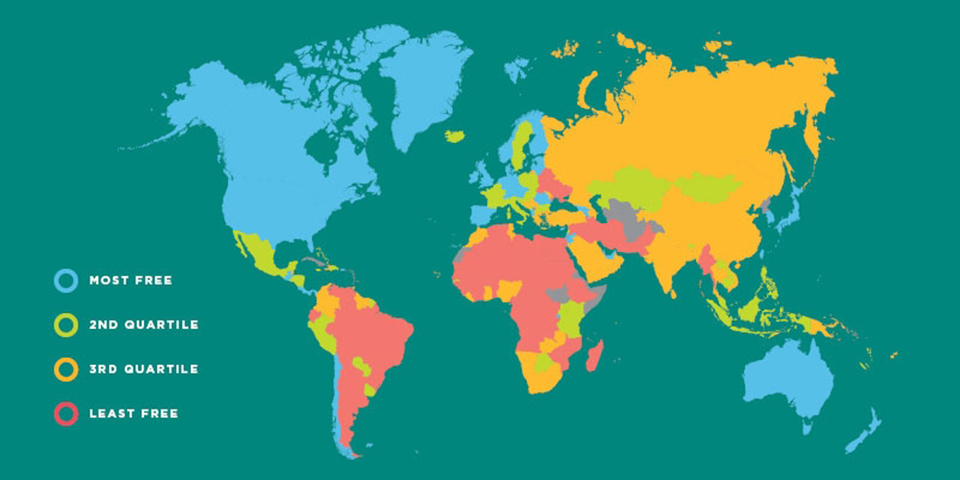 Of the 24 sub-indicators within these five indicators studied in the report, Nepal climbed up in seven, slid below in five and maintained its last year’s position on 12.

Hong Kong and Singapore again top the index, continuing their streak as 1st and 2ndrespectively. New Zealand, Switzerland, Ireland, the United States, Georgia, Mauritius, theUnited Kingdom, Australia and Canada (tied for 10th ) round out the top 10.

The 10 lowest-ranked countries are Sudan, Guinea-Bissau, Angola, Central African Republic, Republic of Congo, Syria, Algeria, Argentina, Libya and last-place Venezuela. Some despotic countries such as North Korea and Cuba can’t be ranked due to lack of data.