KATHMANDU, August 31: A group of climate activists gathered today at Maitighar Mandala to protest against the World Bank climate loan under the Green, Resilient, and Inclusive Development (GRID) initiative.

This comes two days after Nepal and the World Bank (WB) signed a controversial concessional financing agreement for US $100 million (Rs 12.7 billion) for the GRID initiative. The budgetary support aims to create an enabling environment in Nepal toward a green, climate-resilient, and inclusive development. The agreement also aims at supporting priority policy actions in the areas of water, land use, climate-smart agriculture, sustainable forest management, urban waste and pollution control.

However, experts and youth activists are apprehensive that the multilateral financial institution is imposing loans for climate resilient and adaptation purposes, for which Nepal is entitled to receive grants instead. They have maintained that Nepal is rightfully entitled to receive grants to fight against the impacts of climate change since it has negligible contribution to the global problem.

Youth activist  Prakash Adhikari said that the WB is working against climate justice. He said that Nepal should avoid climate change loans from any donor agency as it only adds debt burden to Nepali citizens who are already hard hit by the impacts of climate changes.

Another activist Sahil Shrestha said the loan has climate components that deserved financial assistance in the form of grants, not loans. He requested the government to maintain caution while taking loans in the name of climate.

"No to World Bank Climate loan to Nepal," read one of the banners displayed by the agitating youth activists. They were also carrying placards that read "No Financial burden in the form of Climate loans" and "We demand Climate justice".

The activists have said that they would continue their protest until the decision to take climate loans is withdrawn. They have claimed that the new loan will add an additional Rs 4000 debt to each Nepali national. 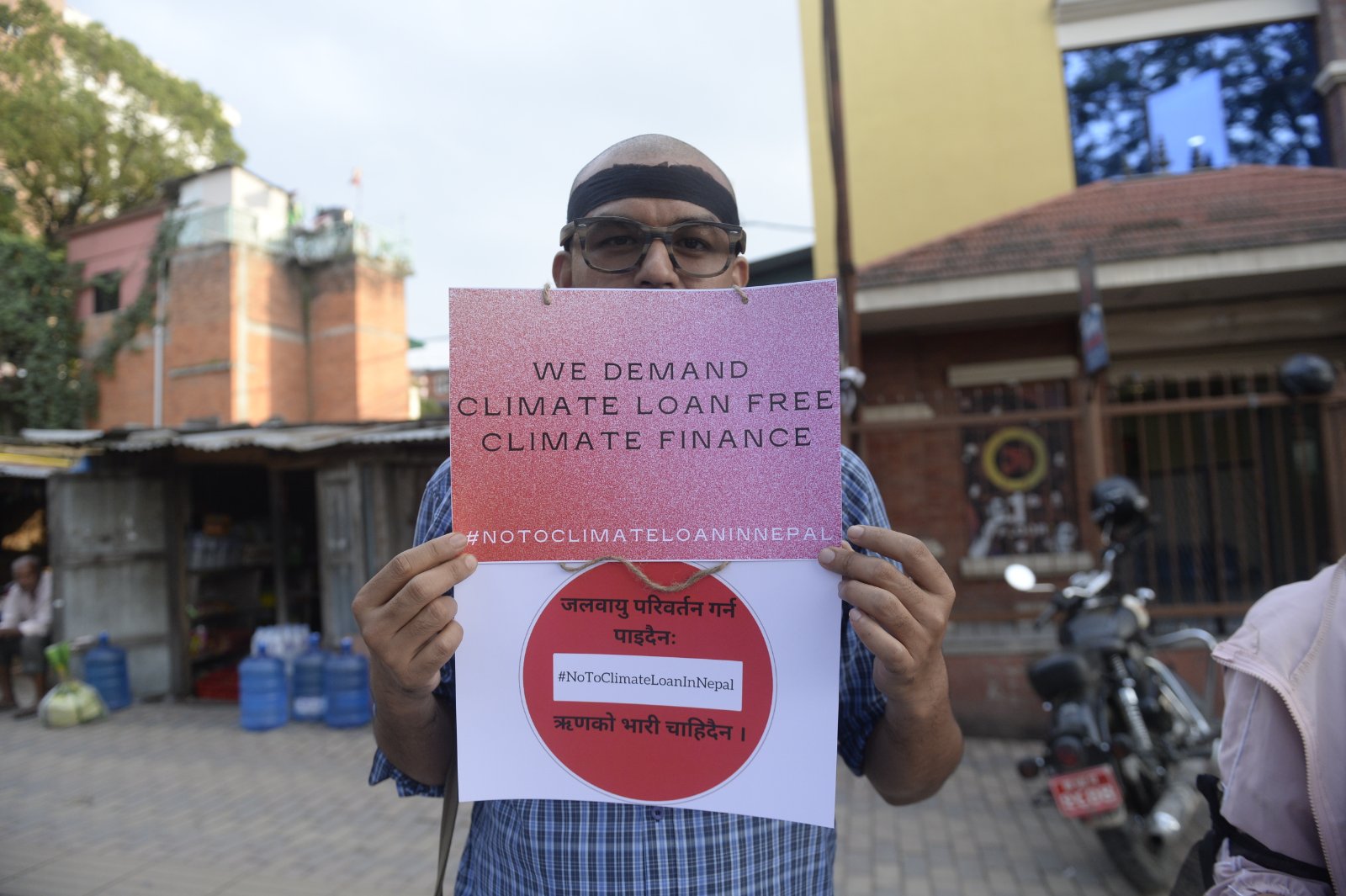 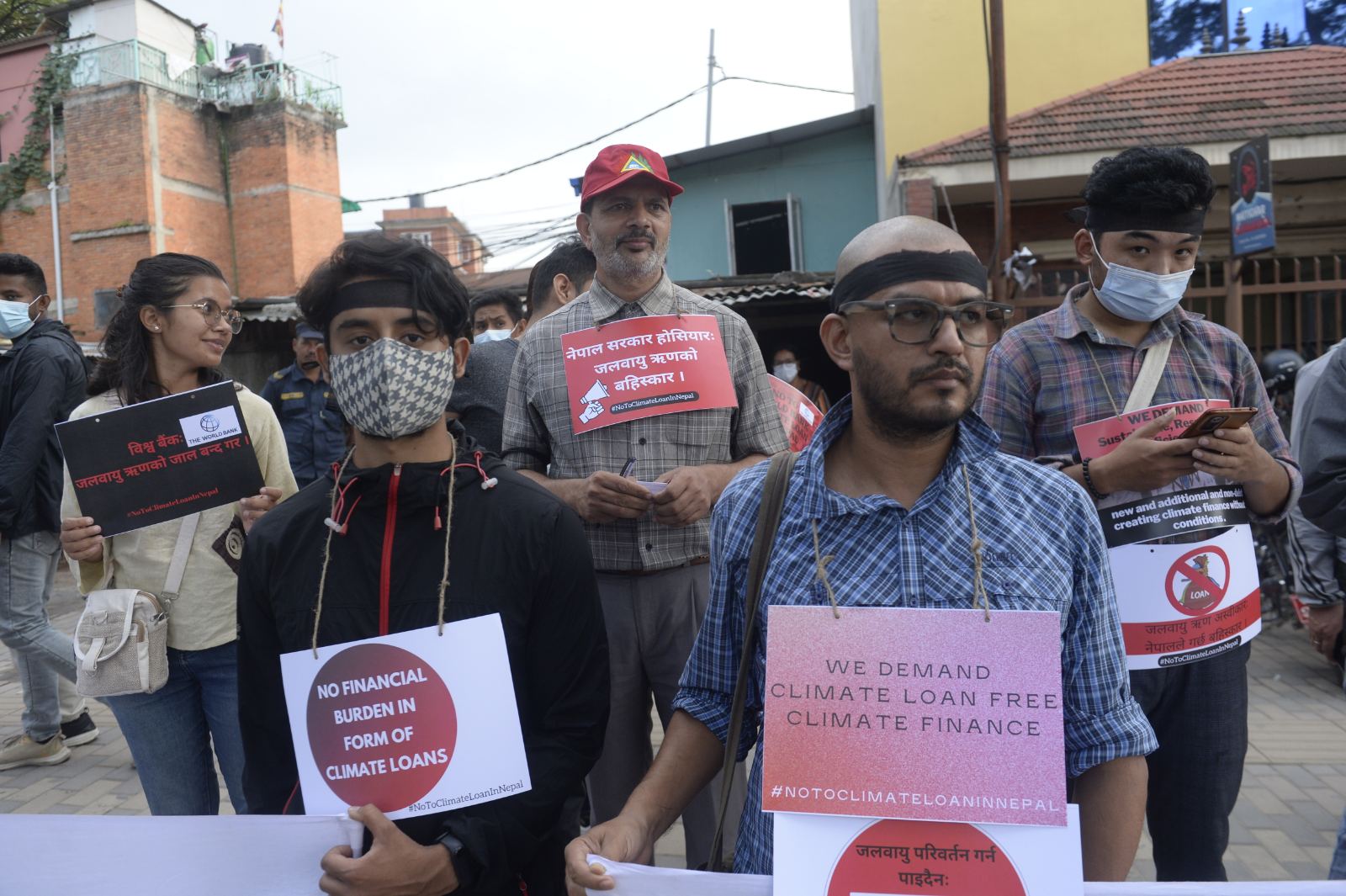 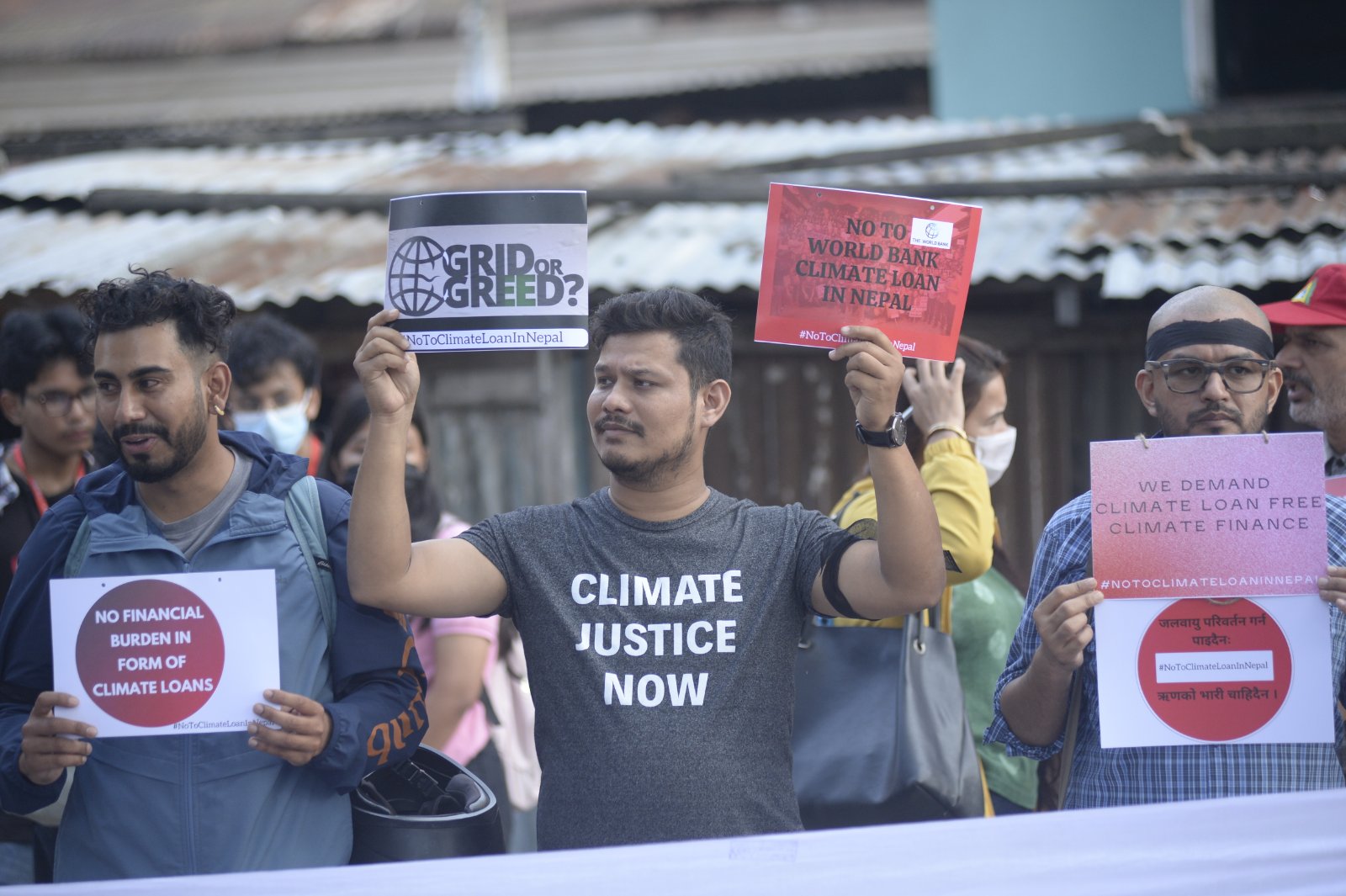 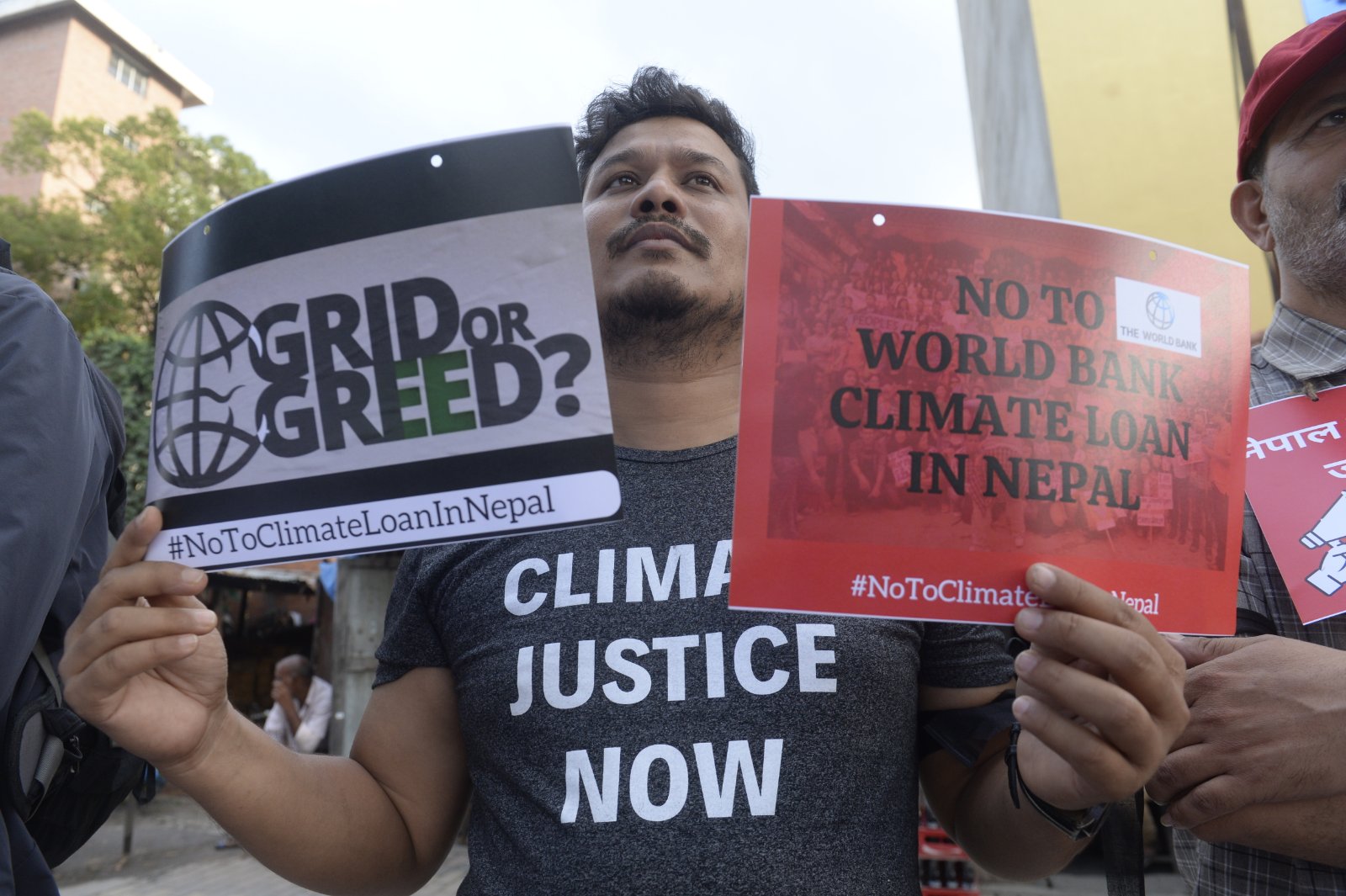 After PM Oli decided to dissolve the lower house, protests and demonstrations have erupted in all major cities ... Read More...