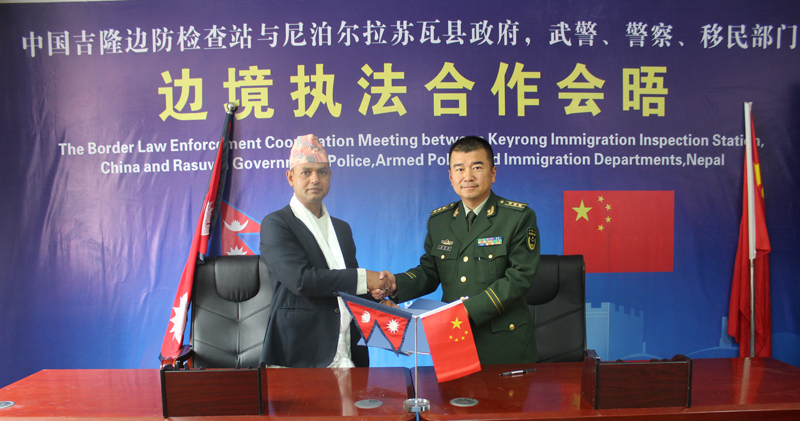 Chief District Officer of Rasuwa Chomendra Neupane and Local Security Officer of Zilong County Colonel Gao Huihai signed an agreement to this effect at a program organized at Kerung with a view to curb border related crimes on Thursday.

“The objective of establishing the Center is to cooperate each other on the border security management and to curb border related crimes, while respecting each other’s sovereignty,” reads the statement issued by Smita Paudel, Assistant Chief District Officer of Rasuwa.

In case of any disputes and disagreements arising in the course of running the Center, the disgruntled side can issue a notice in writing which will automatically scrap the agreement.  Both the sides will review the agreement every six months as per the provisions laid down in the agreement.

Speaking on the occasion CDO Chomendra Basnet said that this sort of cooperation will enhance the age-old bilateral ties between the two countries and stressed that such works would be expedited on the basis of mutual understanding and bilateral agreement.