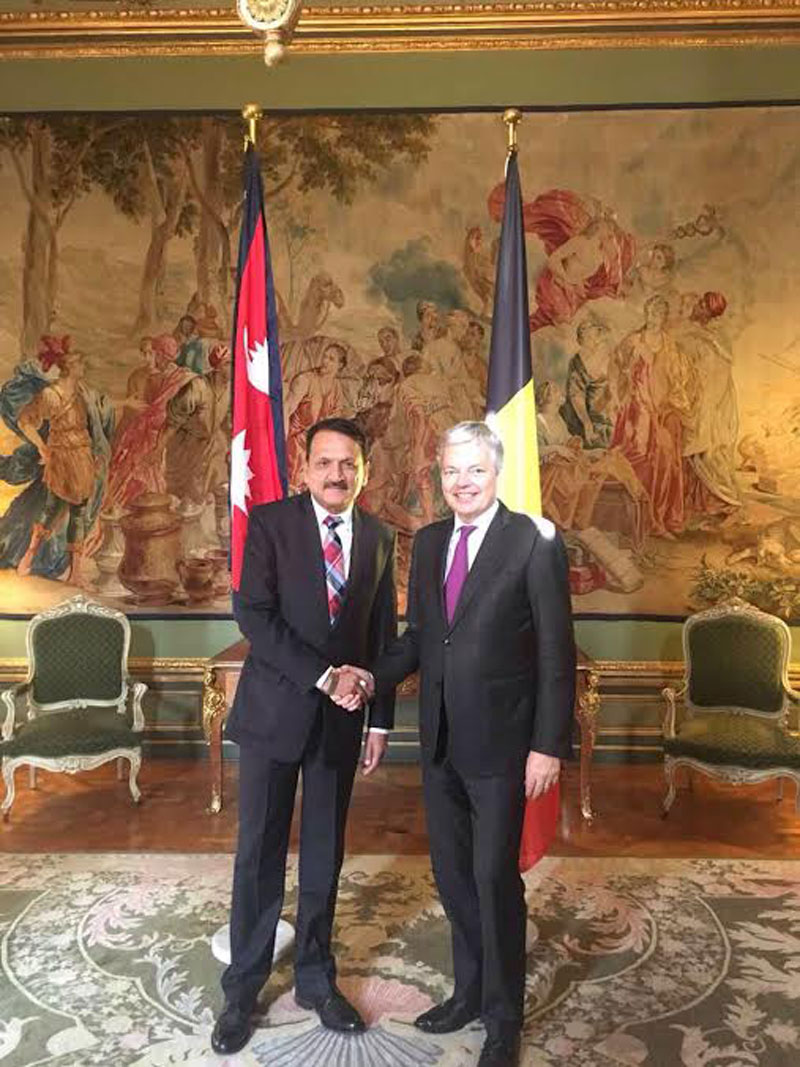 KATHMANDU, Feb 14: Nepal and Belgium have agreed on establishing a bilateral consultation mechanism between the foreign ministries of the two countries and having parliamentary friendship groups.

Minister for Foreign Affairs Prakash Sharan Mahat on Tuesday met Didier Reynders, the deputy Prime Minister and the Minister of Foreign Affairs at the latter's office and the two ministers agreed on establishing such mechanisms.

According to the Mission of Nepal in Brussels Minister Mahat requested for Belgium's enhanced support and cooperation in Nepal's development efforts in priority areas while he acknowledged the support extended by Belgium for relief and reconstruction works after devastating earthquakes in 2015.

"In the context of Nepal’s vision to graduate from the LDC status by 2022, such support from Belgium would be critical," the press statement quoted Minister Mahat.

Mahat is in Belgium to participate in the International High-Level Conference on Mediation.

During the meeting, Mahat shared with his counterparts the updates concerning Nepal's recent political developments and claimed that bringing all stakeholders onboard and holding elections in the set deadline are the priorities of the government.

According to the Mission, Reynders appreciated the progress made by Nepal with regard to institutionalizing the democratic gains over the years and expressed the commitment to extend possible support to Nepal in future.

KATHMANDU, April 12: Nepal and India have agreed to expedite the process to ensure early completion of all bilateral economic... Read More...