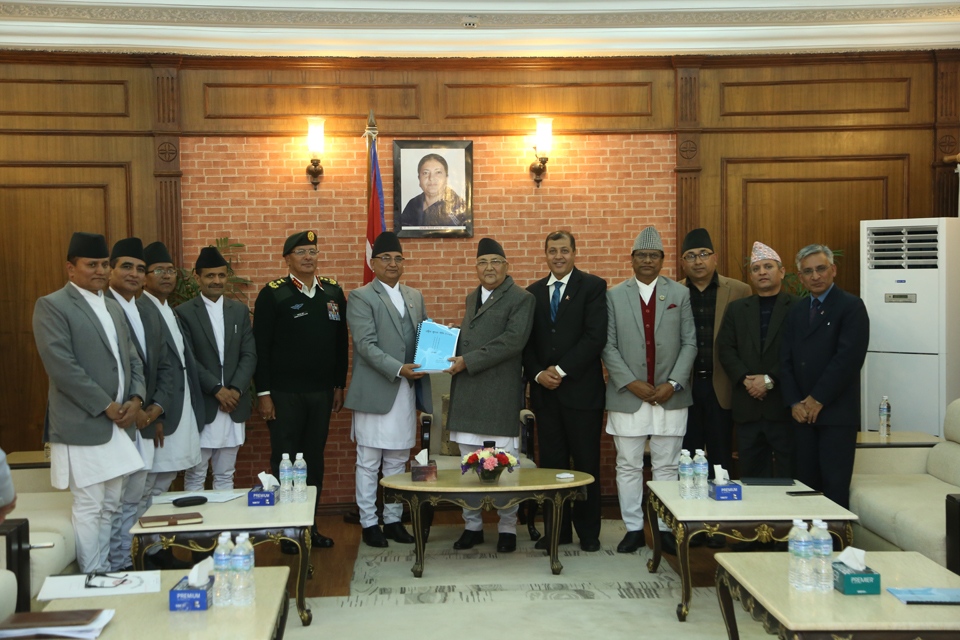 KATHMANDU, March 4: Prime Minister KP Sharma Oli said that the Nepal Army has been playing a crucial role in the country's conflict management and peacekeeping operations across the globe.

Receiving a revised report on the 'National Security Policy 2016' prepared by a high-level government committee on Monday, the prime minister opined that people are the strongest pillars of the national security.

"The national army--which was founded during the country's unification process centuries ago--has been making significant contribution to the international peacekeeping operations, which is highly admirable," Oli said while appreciating the role of NA.