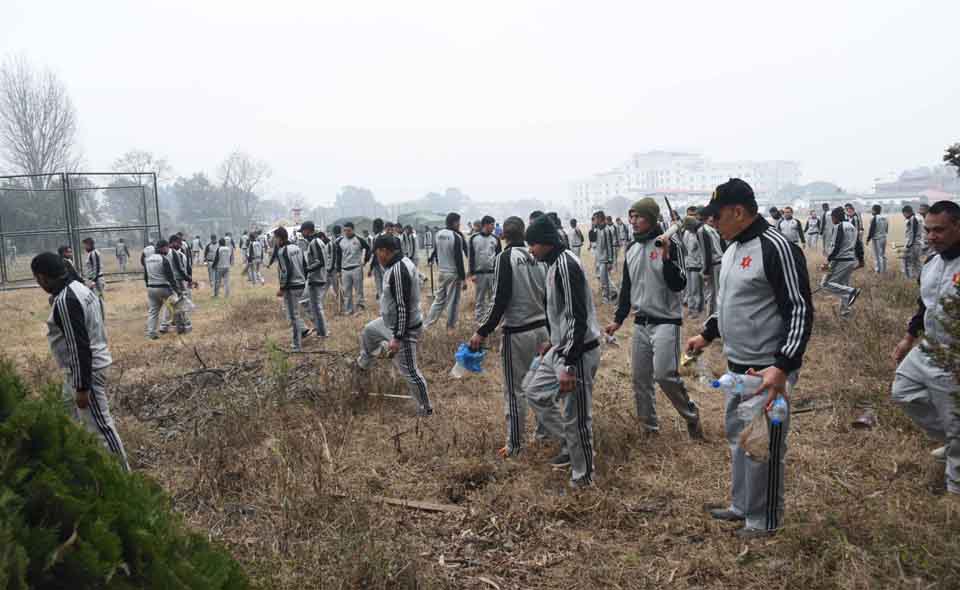 KATHMANDU, Feb 15: Carrying any kind of plastic product is now prohibited at the Nepal Army headquarters, four years after Kathmandu was declared a ‘plastic-free zone’ in 2015.

According to ICIMOD, Kathmandu alone uses around 4,700,000 to 4,800,000 plastic bags on a daily basis. In Nepal, 16 percent of urban waste is comprised of plastic, which is 2.7 tons of daily plastic garbage production in Kathmandu itself.

“Globally, researchers claim humans have produced 9.1 billion tons of plastic so far, and much of it ends up in nature—causing harm to both living beings and the environment,” according to ICIMOD.

Chief of Army Staff, Purna Chandra Thapa said that the decision to prohibit plastic products to keep the environment clean.

Speaking at the program, CoAS Thapa has urged all army units to participate in the campaign to keep the environment clean and make it a success. “To make it more effective, we have started the campaign from the Jangi Adda.”

Thapa also stressed on awareness on the proper management of plastic products – including those that can be reused.

MELAMCHI GHYANG, May 26: Helambu, a highland village situated in the upper belt of Sindhupalchok district and the sacred place... Read More...

KATHMANDU, May 26: The Gulmi Chamber of Commerce and Industry (GCCI) has urged the business community and locals to avoid... Read More...

GULMI, May 26: Two more persons tested positive for COVID-19 in Gulmi district. With this, the total number of the... Read More...