President Bidya Devi Bhandari observed the program. The NA presented a guard of honor to the President on the occasion.On the occasion, different units of the NA opened rifle and cannon salvoes in celebration. They also held march-past, including the salutation march-past. The different companies of the Nepalese Army commemorated the occasion with parade and forming an outline of the National Flag.

Present on the occasion was acting Prime Minister Bijay Kumar Gachchhadar, the Deputy Prime Ministers, the government ministers, high-ranking government officials, the heads and representatives of diplomatic missions based in Nepal, the chiefs of the security bodies and dignitaries from a cross section of society.

Members of the general public were present in large numbers around Tundikhel army parade ground to observe the Fulpati celebration. 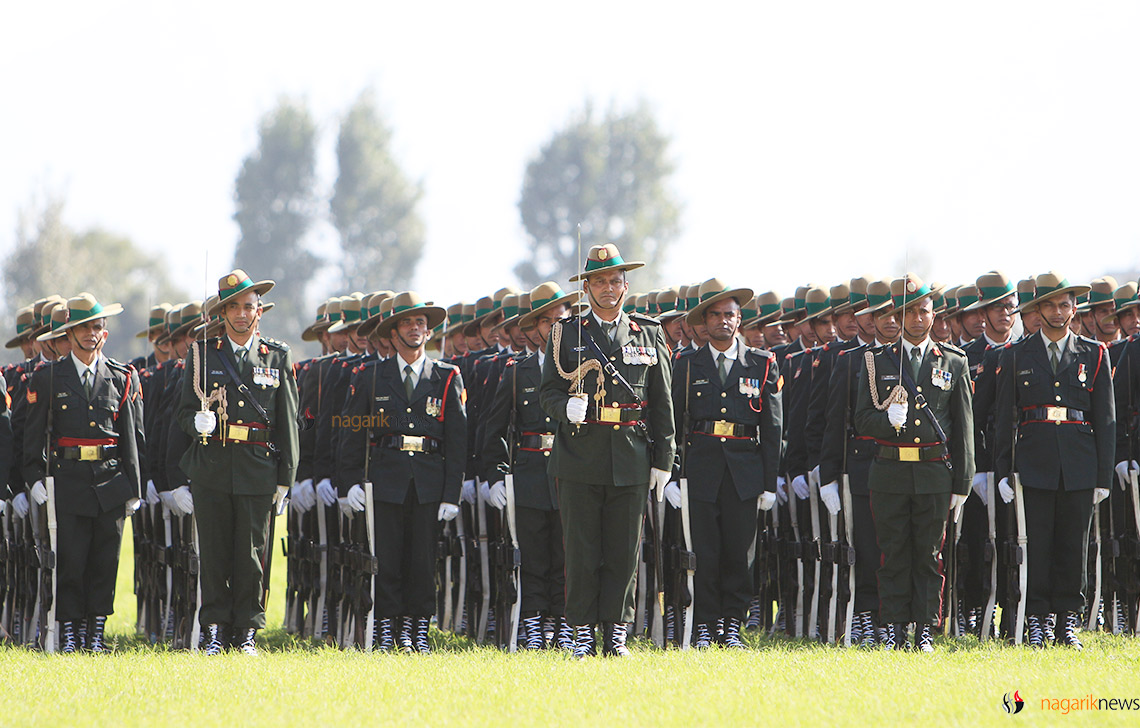 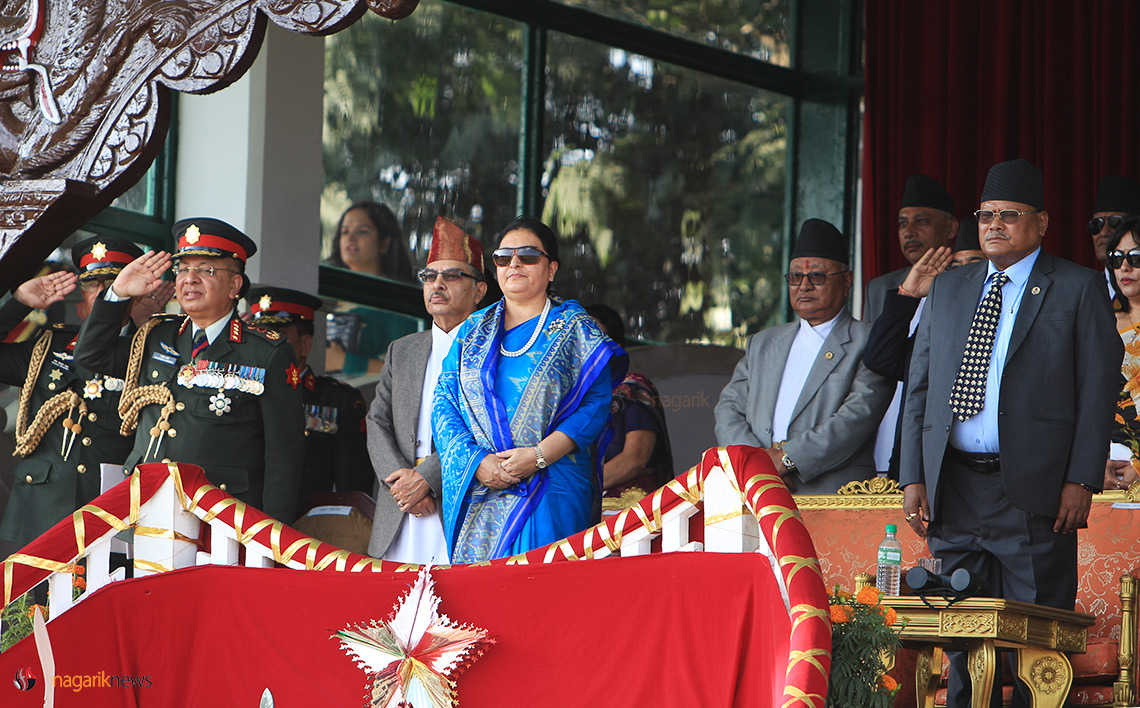 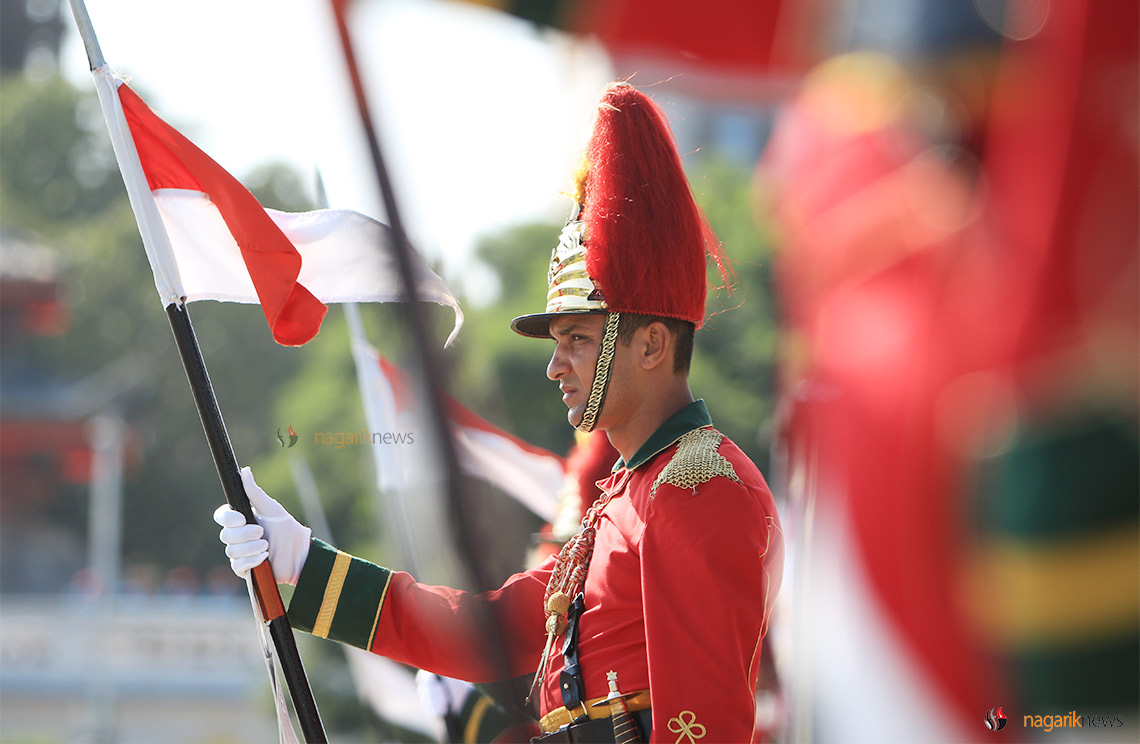 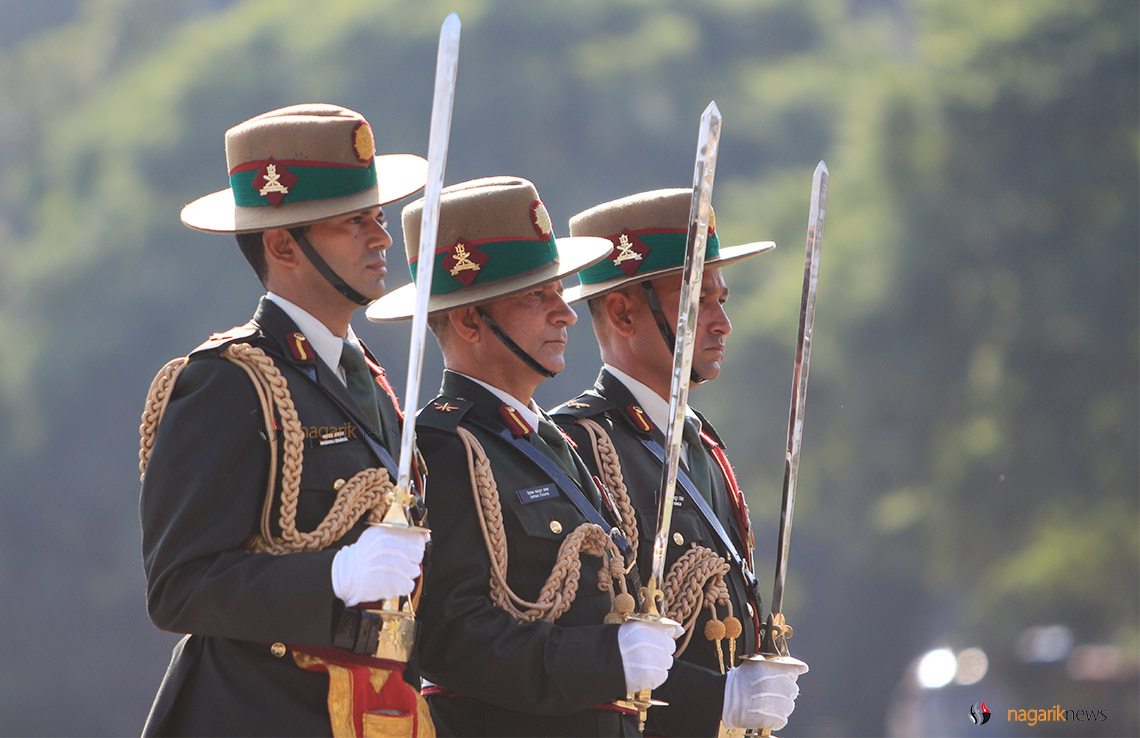 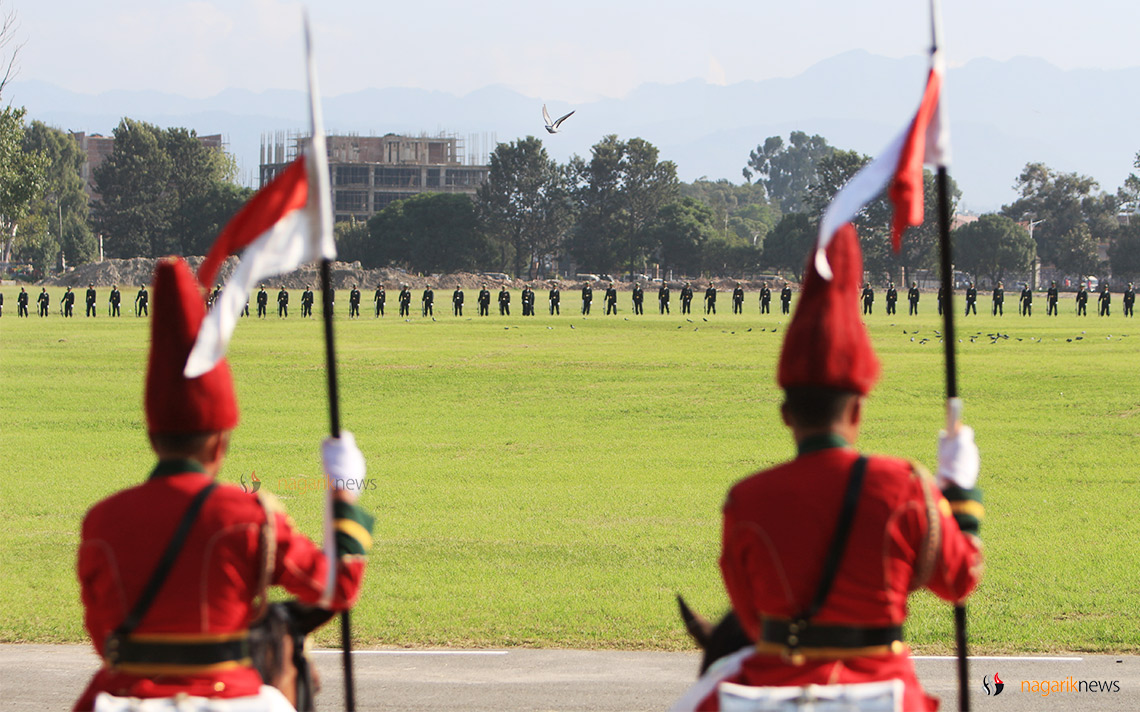 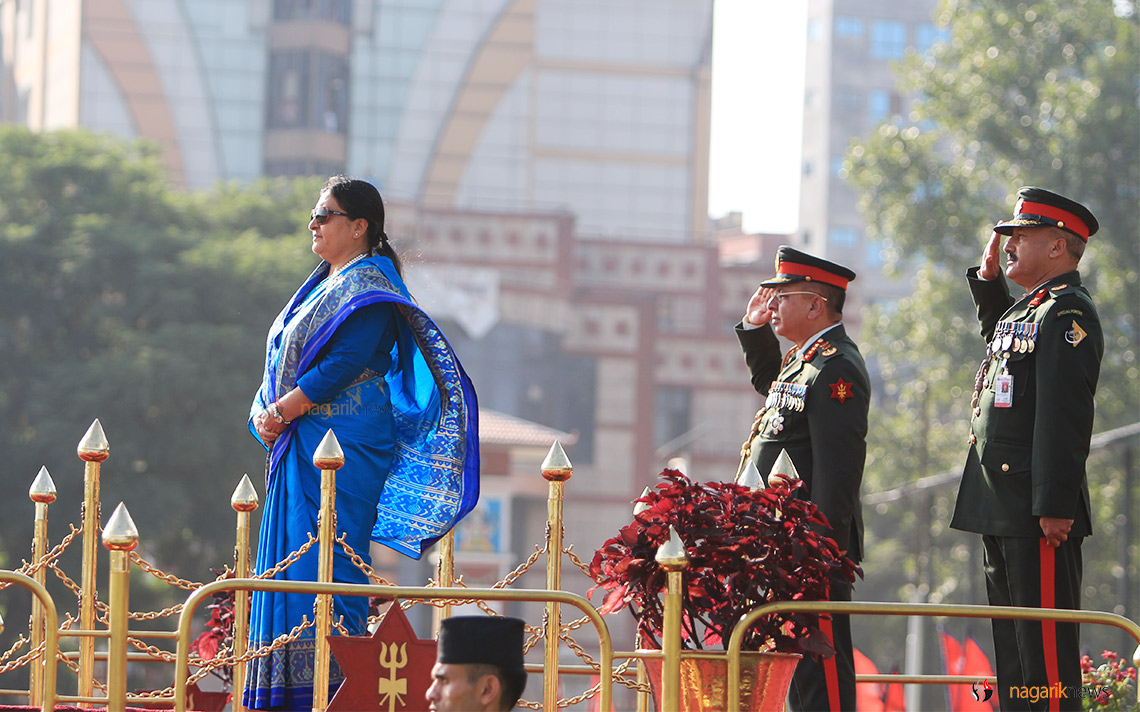 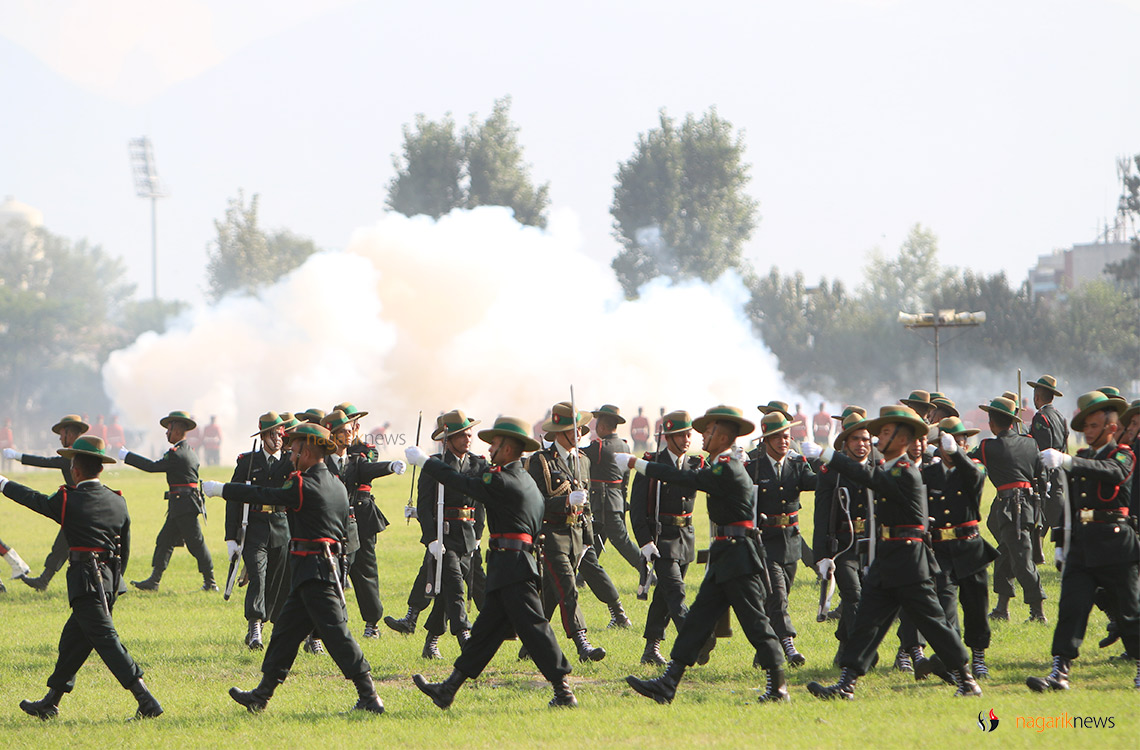