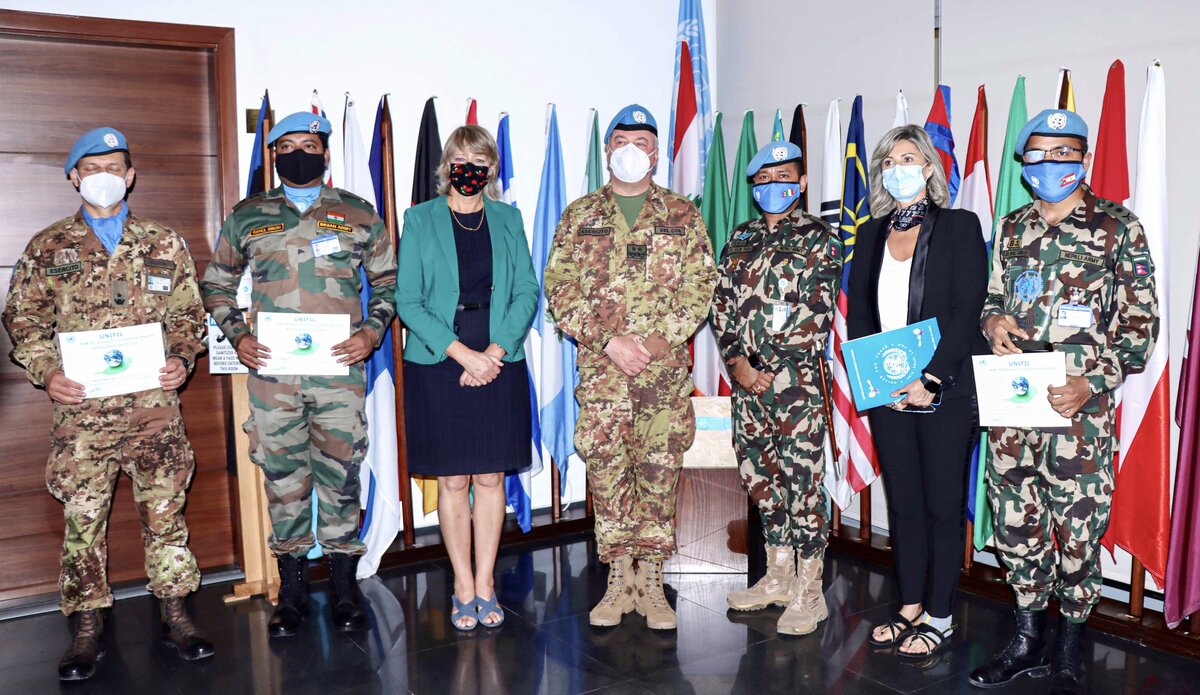 The mission’s Nepali Battalion (NEPBATT) bagged the first prize for its realistic, innovative, achievable and low-cost projects that significantly contributed to limiting the mission’s environmental footprints in the host communities, according to a report published on the UNIFIL’s website.

Major General Del Col handed over the award to NEPBATT Commander Lt Col Rajib Thapa at a ceremony in the UNIFIL Headquarters in Naqoura.

Likewise, UNIFIL Sector West Headquarters involved all military units within its command in the planning and execution of four environmental contingency plan exercises. The exercises included the intervention of all units and were a “bench test” to establish cooperation between the Lebanese Armed Forces (LAF) and UNIFIL.

The UNIFIL annual awards, established in December 2019, recognize environmental achievements within the mission’s area of operations. The awards commend individuals, UN positions, branches, contingents, sections, units that have demonstrated leadership, innovation or exceptional activities in protecting or enhancing the state of environment.

Prohibitory orders in Valley likely to be extended by a week, CDOs to take final call later today
1 hour ago

Province 2 governor’s memorandum to chief minister: Cabinet is not inclusive
6 minutes ago

One killed, three injured in road accident
4 hours ago

Rs 100,000 each given to families of five children drowned in pond
7 hours ago