‘Nepal and Philippines should cooperate on migrant labor issues’ 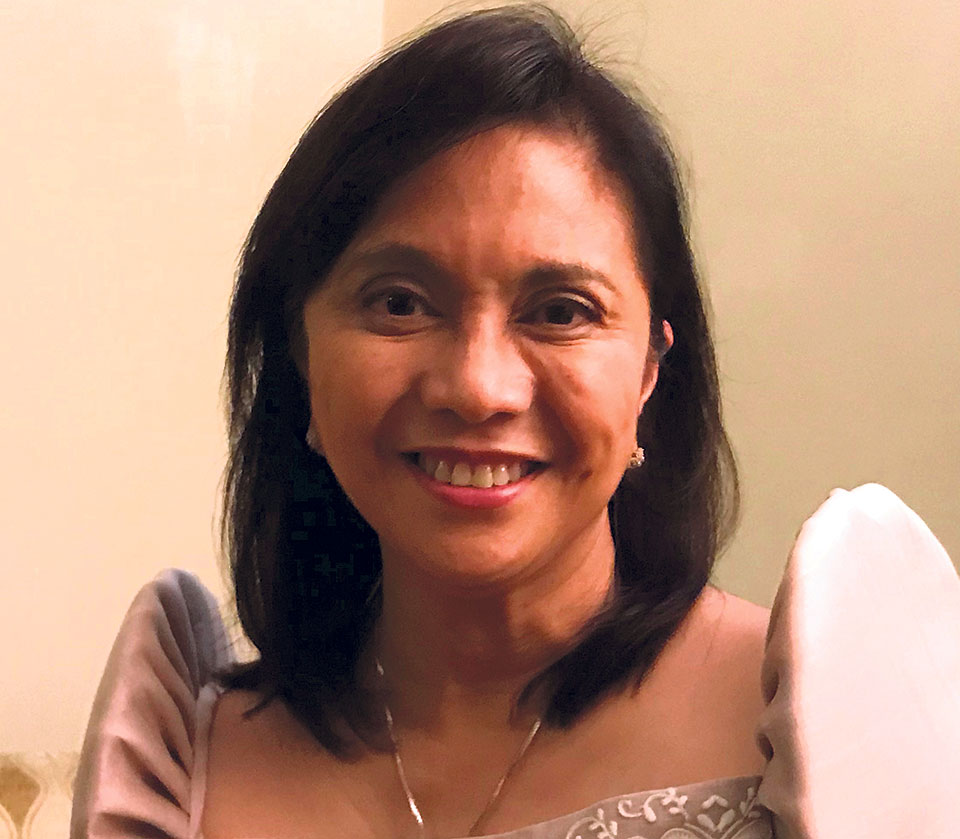 Maria Leonor Robredo, Vice President of the Philippines, is in Kathmandu for the Asia Pacific Summit 2018. Republica editor Subhash Ghimire and Nagarik editor Guna Raj Luitel sat down with her Friday to discuss a range of issues, including economic cooperation between Nepal and the Philippines. Excerpt:

Republica: Is this your first visit to Nepal?
Robredo: Yes. We had dinner at the Garden of Dreams and also took a mountain flight. It was amazing!

How do you look at the bilateral relations between the two countries?
We have not been able to maximize the possibilities. We have commonalities; we both are multicultural, multilingual and we have a lot of Nepalis and the Filipinos working in the Middle East and the Gulf.

And we share common problems. Both countries have huge trade deficits, and our growths have not been very inclusive. The growth rate in the Philippines has been pretty high in the last eight years or so but it has not been inclusive in the sense that the gap between the poor and the rich is big. Now the challenge is to think of ways to make our growth inclusive and I think it’s the same in Nepal as well.

There has been some significant progress in relations between the two countries. In 2015, the very first Nepal-Philippines Chamber of Commerce was launched. But we have yet to see the high level engagements. It a pity!

But we are quite optimistic that the situation will change in the next few years. We are looking at ways to foster vibrant relations with the Asian countries.

Will your country’s regional engagements increase?
Both our governments must be strategic when we talk about strengthening friendship. Maybe exchange of best practices and multilateral relations will do us good. We need to think of ways to expand regional cooperation.

I met with your Vice-President Nanda Bahadur Pun and discussed modernization of agriculture and analyzed our mutual strength.

Are there lessons from ASEAN cooperation that SAARC can learn?
I think that attempt was not deep enough among SAARC countries. The countries are more focused on their respective prosperity than regional integration. I think the mindset has to change.
We are always better off when we work together. A lot of thought has to be put in to see where each country can specialize so that it will be more beneficial to each one. We need to think of shared prosperity.

What can Nepal do to attract investments from the Philippines?
I think we have to work on multiple factors before we can think of attracting investments. One is political stability, and I think Nepal is moving in the right direction. Your country has been very successful in reinventing government with the new constitution in place. If this is sustained for the next few years, you will see its fruit.

I hope that Nepal will find out her strength. Lots of people come to see Mt Everest. If Nepal has a blueprint on tourism it can attract other countries to be part of it. Hosting this summit is one such effective attempt. I read criticism of the summit but if it can be packaged well, it can serve as a springboard. Efforts must be more deliberate and strategic to make Visit Nepal 2020 a grand success.

The Asia Pacific Summit 2018 has been criticized. What is the essence of this summit?
This is the first time I have been invited by this organization. I did not know it has a Christian undertone. When I was invited, there was no talk of religion at all. The summit is really about climate change, gender equality and youth engagement. I have not even found this organization being biased against one religion over the others. I understand the sensitivity of the issue in your newly secular country.

Since the new government came to power in the Philippines in 2016, there has been lots of criticism about the human rights violations. What is the current situation?
I have to admit that there have been issues and I have made public statements. I have asked the government to explain certain policies, especially the war against drugs which has led to thousands of deaths.

One big development this week was that a regional trial court sentenced three high-ranking police officers for killings. I think this is groundbreaking because it sent a message to the people that our judicial system is working. And the government is finally serious about ensuring that these senseless deaths will stop. There is still a reason to be concerned but we are more hopeful than last year or the year before. Recent court verdicts dismiss the allegations by some high-ranking public officials that the killings were state-sanctioned. I am hopeful that the situation will improve in the days ahead.

What is the Philippines doing to attract foreign investment?
A lot of our Asian friends have really stepped up, and investments have been coming especially in the science and technology sector. Our congress recently passed a bill that will ease doing business in the country. We are trying to limit bureaucracy and cut the red tape. We need to invest in technology so we are not left behind.

And I think it’s the same with Nepal as well.

Both the countries send workers to the Middle East. Are there areas for mutual cooperation?
I come from Naga, a city 400 kilometers from Manila. My husband was mayor of Naga for a long time. We started a program where we set up a migrant resource center where we recruit, train and orient migrant workers. It is also the point of contact for families and the ones abroad and the companies employing the Filipinos. The center dealt with complaints on abuses and substandard employment conditions. I think this is a very good model. We hope to replicate it in other parts of the country.

We need to work toward creating safe working environments for our migrant workers. It has been hard to make the companies abroad abide by bilateral agreements. We have a lot to do on this front. A lot of abuses are happening. We want the agreement to be stronger and enforceable. We can learn from each other and cooperate on migrant labor issues.