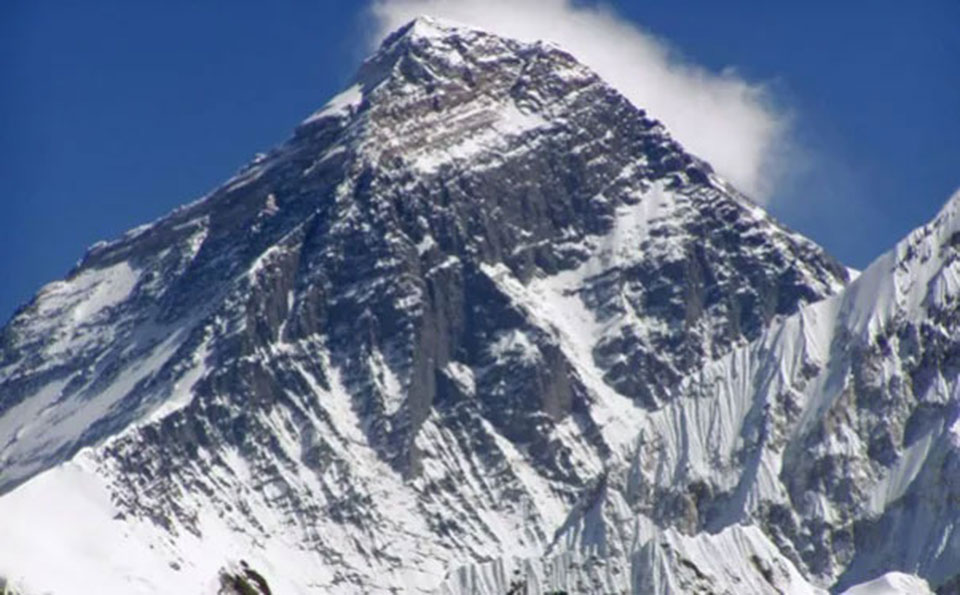 KATHMANDU, Dec 7: Nepal and China are set to jointly announce the height of Sagarmatha on Tuesday.

According to the Ministry of Land Management, Cooperatives and Poverty Alleviation, the government will announce the new height of Sagarmatha on Tuesday. “The Chinese side has agreed to this,” the ministry said.

According to sources, the foreign ministers of the two countries will jointly announce the height via a virtual meeting. Both countries have completed measuring the height of Sagarmatha using separate means and resources. The Department started measuring the height two years ago. A team of Sagarmatha Height Measurement Secretariat was formed under the coordination of Sushil Dangol. The secretariat had prepared the report in June last year.

The Nepali team used Global Navigation Satellite System (GNSS), advanced technology, to measure the height. Khimlal Gautam and Rabin Karki, members of the team, reached the summit of Sagarmatha on May 23, 2019 carrying a machine to measure its height. They stayed at the peak for one hour and sixteen minutes. Of the four-member team, Gautam and Karki reached the peak while Suraj Singh Bhandari and Yuvaraj Dhital reached the base camp.

Before the measurement of expedition, the Department held an international conference in December, 2017 and sought experts’ advice. The conference was attended by representatives from China, India, USA, Bangladesh, New Zealand, UK and other countries.

As Nepal reached the final stage of measuring Sagarmatha, China also started measuring the height from the northern face. The height of Sagarmatha currently stands at 8,848 meters.

KATHMANDU, Dec 8: The height of Mount Sagarmatha, world’s highest peak has not decreased from its current height of 8,848... Read More...

The joint announcement has strategic significance which can be understood against the backdrop of three geo-political-economic developments. ... Read More...