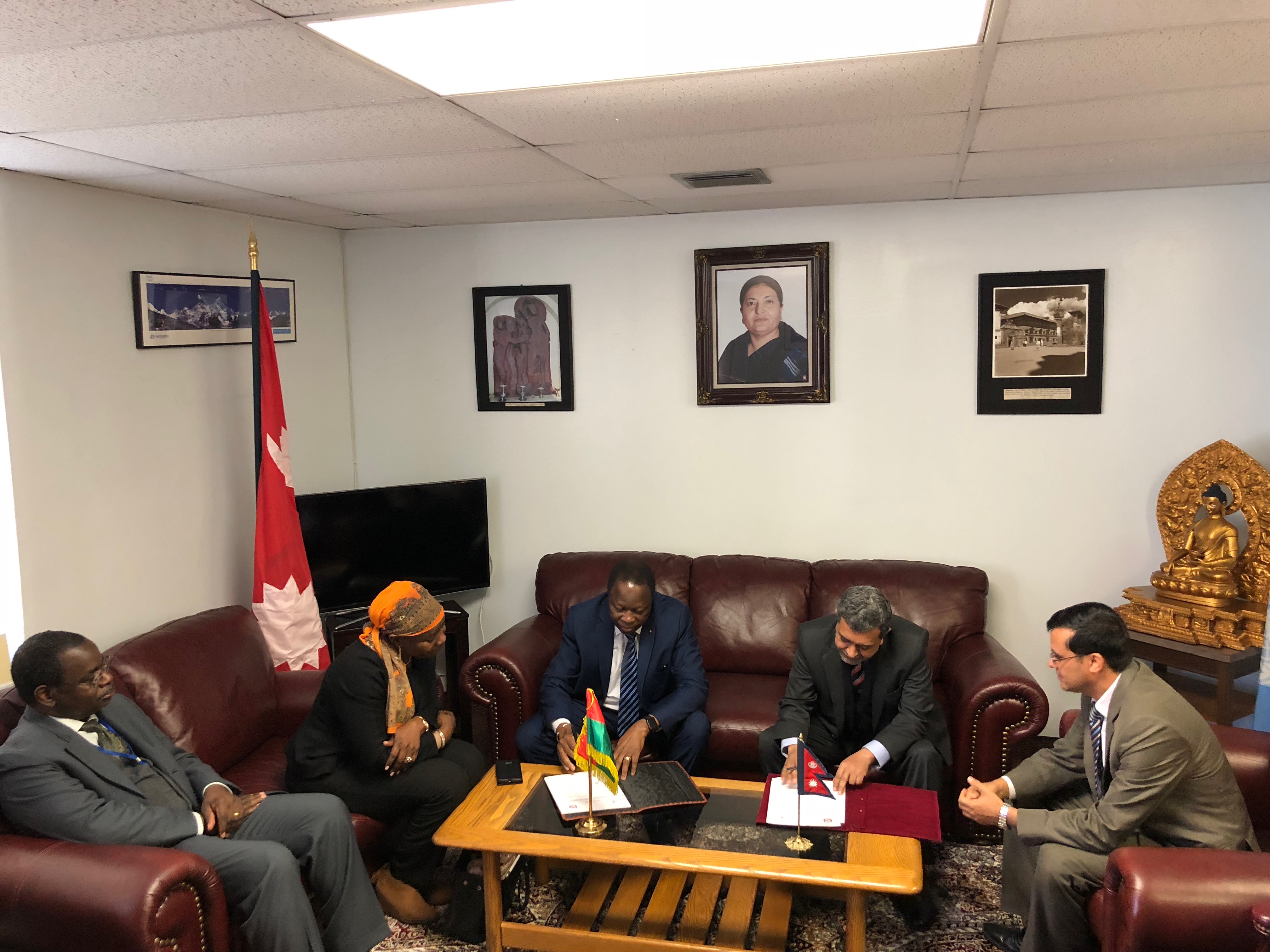 On the occasion, the two Ambassadors also exchanged views on various measures to further deepen and expand the scope of mutual cooperation in the future.The two countries are already working closely at the United Nations and other multilateral forums.

Known as Upper Volta earlier, the name of the country was changed in 1984 to Burkina Faso, meaning 'a land of honest people.'  Burkina Faso is a west-African semi-presidential republic, land-locked in the middle of Mali, Niger, Benin, Togo, Ghana and Cote d'Ivoire. It has over 17 million people in an area of 274,200 square kilometers, with Ouagadougou as its capital. Burkina Faso, a major cotton producer in the region, is also known for periodic events on culture, wooden and metal handicraft, and pan-African film festivals. Burkina Faso joined the United Nations on 20 September 1960 following its independence from France on 5 August 1960.

Both Nepal and Burkina Faso are least developed and landlocked developing countries, and members of the Group of 77 as well as the Non-Aligned Movement.

With the Government of Nepal's special initiative to make the country's bilateral diplomatic relations as universal as possible, the number of countries having direct diplomatic ties with Nepal has now reached 156. In 2017, such ties have been set up with 12 countries–making it the highest number for Nepal to do so in a calendar year so far, a press release issued by the Ministry of Foreign Affairs said.

KATHMANDU, July 21: Nepal and Rwanda have established formal bilateral diplomatic relations today. With this, the number of countries with which... Read More...