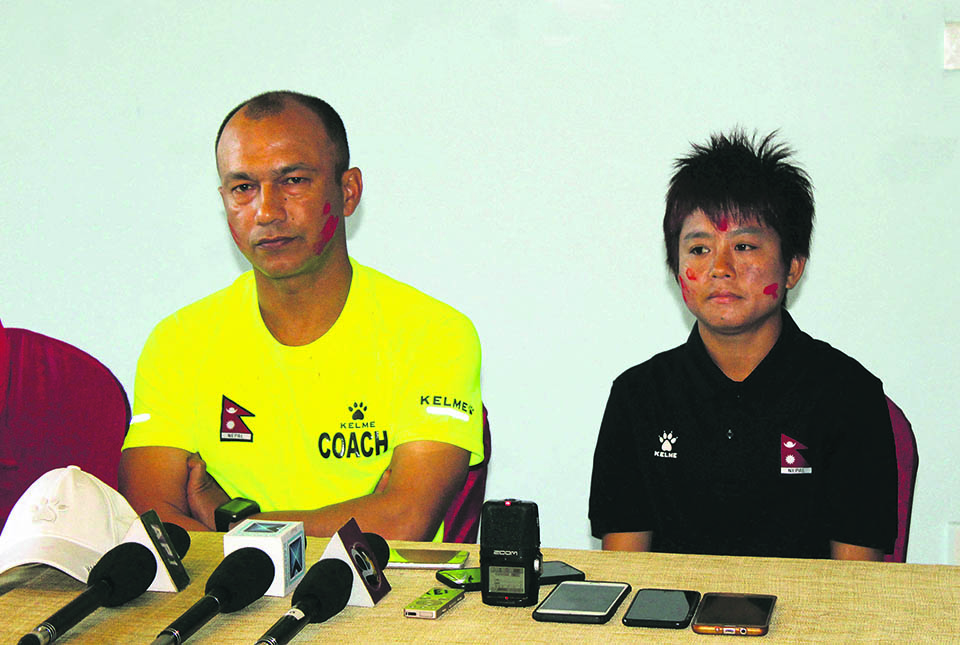 BIRATNAGAR, March 22: Nepal national women’s football team aims at clinching its first SAFF Women’s Championship as it takes on four-time champion India in the tournament being played at a home ground in Biratnagar on Friday.

While Nepal is determined to create history in women’s football by defeating the four-time champion, India will be looking to stop Nepal’s winning run in the competition.

Nepal head coach Hari Khadka is confident in Nepali team winning the title by defeating India that has always been a major hurdle in Nepal’s dream to win the title.

In a pre-match press conference organized on Thursday, Khadka said that Nepal will clinch the fifth edition of the tournament taking advantage of being the host and with the support of the home crowd.

“The team is eager to win the title in Biratnagar and is prepared to end the dominance of India.
But, we need to work hard for that,” Khadka said. “The team is prepared to do so. Tomorrow is our day to create history.’’
Coming to the fifth edition of the SAFF Women’s Championship, Nepal has lost thrice in the final against India, while it lost in the semifinal in the fourth edition.

But, head coach Khadka said that Nepal is playing with a different tactics this time to end India’s dominance with the support of the home crowd.

Nepal has boosted its confidence by getting positive results in the last two matches against India. Nepal stopped India to a 1-1 draw in the 2020 AFC Women’s Olympic Qualifying Tournament in November last year, while the team defeated India 2-1 in the Hero Women’s Gold Cup last month.
The win over India in the Hero Gold Cup was the first history Nepal created in international women’s football.

Nepal went to the final in the tournament, but lost to Myanmar. After the tournament, this is the first meeting between Nepal and India.
Khadka said that he will field a good team being patient against a tough South Asian opponent India.

“India is a strong opponent in South Asia. It is stronger than us in all aspects including the physical infrastructure. But, we have a chance to take revenge against India for three consecutive loss in SAFF finals,’’ Khadka said. “They are above us technically and physically. Hard work is the best way to win them.’’

Khadka added that the Nepali team that has been taken as comparatively better than previous years will get on the pitch without feeling unnecessary pressure.

“I am feeling less pressure in the final than in the group stages and the semifinals because India will be playing counter attacking football for the win,’’ Khadka further added, “It is always difficult in any game if the team plays defensive football.

So, in these types of games, any team must create and convert chances to win a game.”
“We have to play clever football by marking four Indian players. They have strong wing players and also the playmakers and the midfielders can supply good ball to the forwards. We can win the tournament if we are able to stop these players,’’ Khadka explained.

“We will play exciting football. The supporters will also create pressure for the team since it’s the final.

But, the players are mentally ready to face the crowd if they make a mistake. If we play according to the tactics, it is possible to defeat big teams and I am confident we can do that.’’

India head coach Maymol Rocky said that the team is ready to win its fifth title.

“We will play the final forgetting how the results went against Nepal. The Nepali team has been rising as a strong opponent in the recent times,’’ Rocky said.

“We will play the match with an aim to lift the title, rather than focusing on what happened in the recent meetings. The final will be entertaining.’’

“We want to end the championship by winning the title. Also, Nepal is a home team, but we have gone to many countries like Nepal,’’ Rocky boasted.

“We have been playing as if every ground is our own. So, we don’t care about the home ground.’’
Nepal and India defeated Sri Lanka and Bangladesh by 4-0 scorelines each to enter the final.

The final will be played at the Shahid Stadium in Biratnagar. 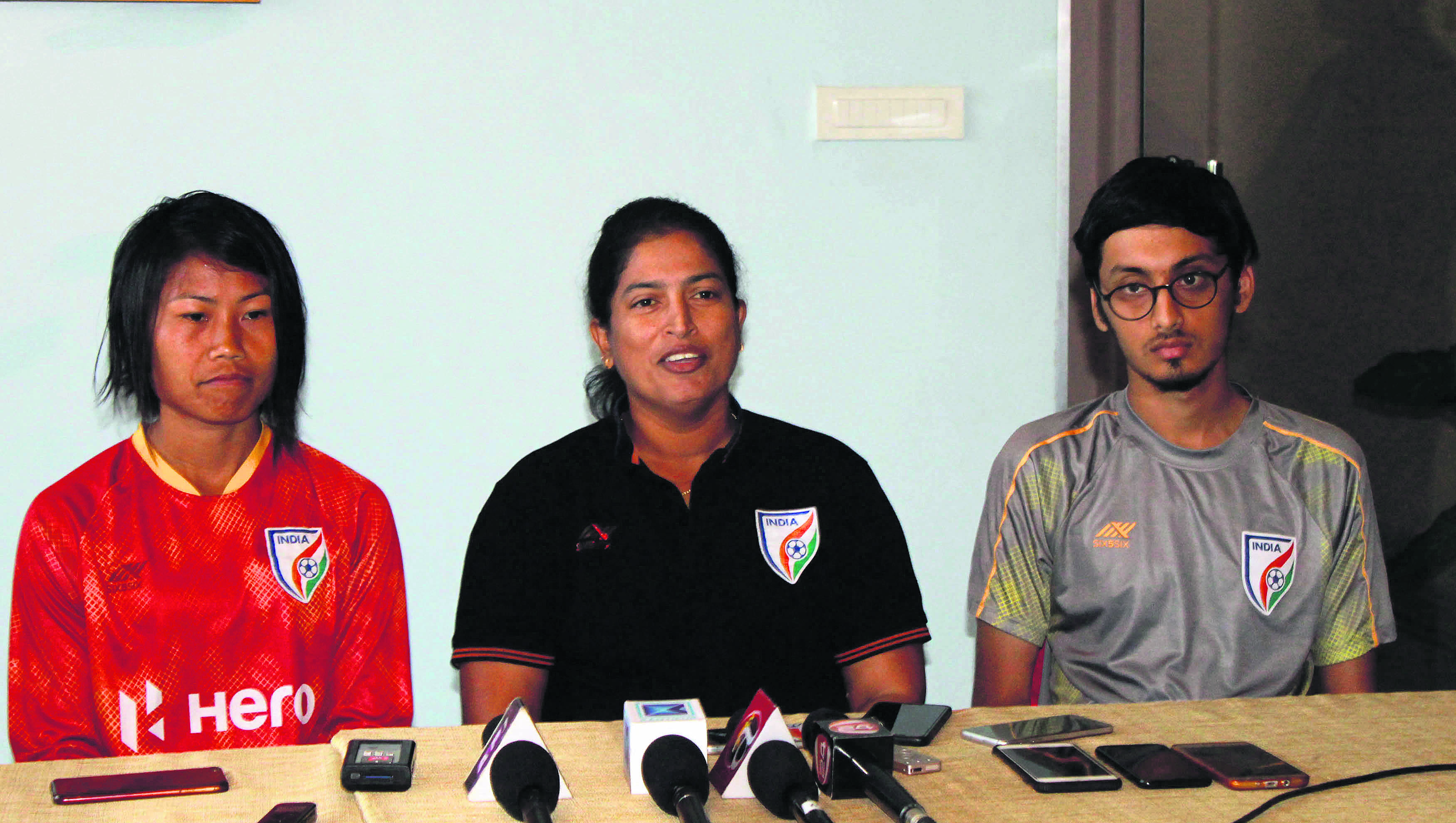 Nepal to face India in inaugural match of U-15 SAFF

KATHMANDU, July 31: Nepal is set to face host team India in the inaugural match of the U-15 Men’s South... Read More...

Nepal targeting yet another SAFF final with attacking display

KATHMANDU, March 20: When Nepal takes on Sri Lanka in the first semifinal of the SAFF Women’s Championship on Wednesday,... Read More...

Ghandruk closed, Manang open only for tourists with negative PCR reports
5 hours ago

Who can get free COVID-19 treatments?
8 hours ago
NC demands free PCR test and treatment for COVID-19 patients
20 hours ago