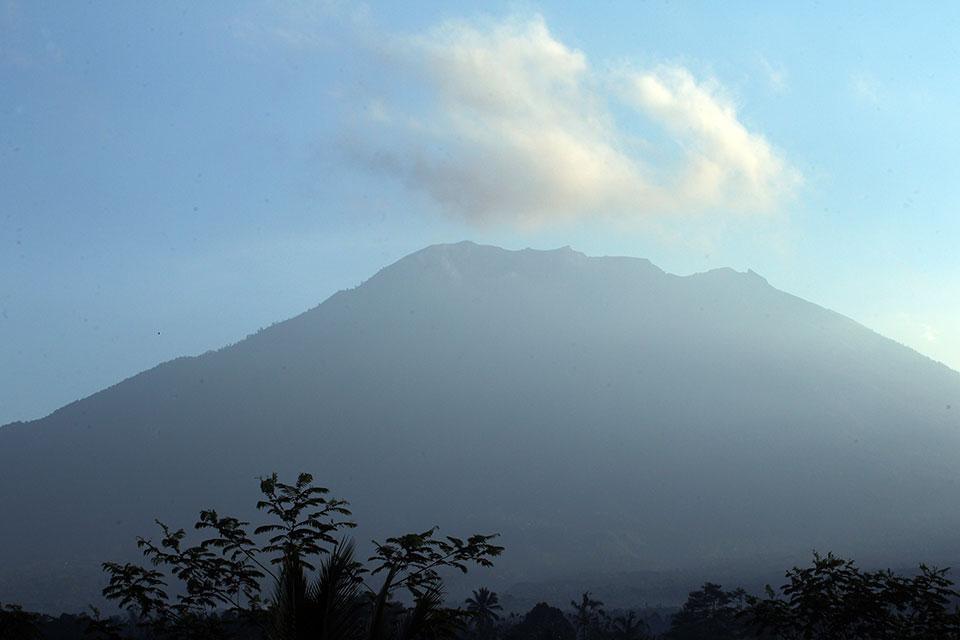 Mount Agung volcano is seen at the sunrise in Bali, Indonesia, Wednesday, Sept. 20, 2017. Indonesia officials have more than doubled the size of no go zone around the mount Agung volcano on the tourist island of Bali and raised its alert level for the second time in less than a week. (AP)

JAKARTA, Indonesia, Sept 22:  Nearly 10,000 villagers have left their homes around the Mount Agung volcano on the Indonesian tourist island of Bali because of a possible eruption.

Officials raised the alert status of the volcano on Monday to the second highest level and recommended people stay 6 kilometers (3.8 miles) from the crater, and up to 7.5 kilometers (4.7 miles) away to the north, southeast and south-southwest.

The National Disaster Mitigation Agency said Friday that some 9,400 villagers have evacuated from their houses and were scattered in 50 shelters in the districts of Karangasem, Klungkung and Buleleng.

JAKARTA, May 25: A volcano erupted on the Indonesian holiday island of Bali, causing some overnight flight cancellations to and... Read More...