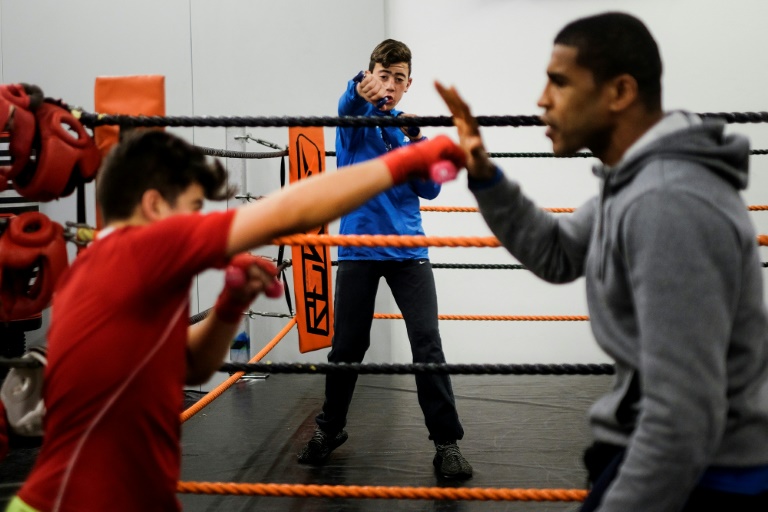 In some ways, says Portuguese ex-boxer Jorge Pina, the loss of most of his sight was the making of him. "I didn't lose my sight, I just see things differently," he says.

Forced to abandon his world title dreams, Pina devotes his time to helping troubled kids from rough neighbourhoods stay on the right path by channelling their energy into sport.

"Before, I was a selfish and troubled person from a difficult neighbourhood," he says. "But now I want to help young people, win the combat of life."

His sight problem developed in training in 2004 and eventually put an end to his boxing career. An operation two years later failed to fix his detached retina and he was left with only 10-percent vision.

But even before he had fully recovered, Pina was asking his doctor whether he could run.

"When I lost my sight I needed something positive, despite my limitations," he said, still breathing hard from a training run with his sighted guide on a Lisbon athletics track.

"I chose what I was best at: running and sharing," he said.

The running has already taken him to three Paralympics and he is also aiming to be at Tokyo in 2020.

The sharing saw him set up shop in Bensaude, one of Lisbon's more deprived neighbourhoods, where he operates his own sport association for local kids.

In a spartan hall, the former middleweight contender warms up, shadow-boxing in front of a full-length mirror before calling the assembled kids to order.

Tall, lean and muscled, 42-year-old Pina still cuts an imposing figure, and the kids, mostly from the local gypsy community, quieten down and listen.

Wherever he goes, the kids attach themselves to him, whether they are taking his hand to guide him or just giving him a hug.

"Jorge taught me discipline and how to channel my energy," says one regular, 13-year-old Xavier Pereira, after sessions on the punchbag and some pad work.

"Before I met him I got into trouble at school and I didn't go there very often," he admits.

Pina has been running such sessions since 2011, also working with autistic kids.

"Jorge coming here really helped us," says senior social worker Vanessa Madeira. "Our kids learn values and how to live as a community, and that builds trust with the parents."

And the success of his work has convinced the city authorities to back a new base for his association with 60 percent of the funding.

- 'The strength to surpass myself' -

Partly to help raise the rest of the money for the centre, Pina keeps up his running, with the help of his sighted running partner Helio Fumo.

But he also has to stay in shape for the next Paralympics, to make sure he can make the qualifying times. And for that, he is up early every morning for his training run.

His apartment bears witness to his dedication: the trophies on the shelves; the energy drinks, food supplements, fruit and cereal bars fuelling his next sporting challenge.

Much of what he does today is also informed by his Christian faith.

And backing him every step of the way for the last 10 years is his partner, Raquel Pedro. She makes sure he has everything he needs to pursue his dreams.

At 42, Pina still feels in top physical form and even speaks in terms of the rebirth of his sporting career.

"As a boxer, I saw other people as enemies. Today, I am my own adversary and those who surround me give me the strength to surpass myself.

"I'm happier than I was before."