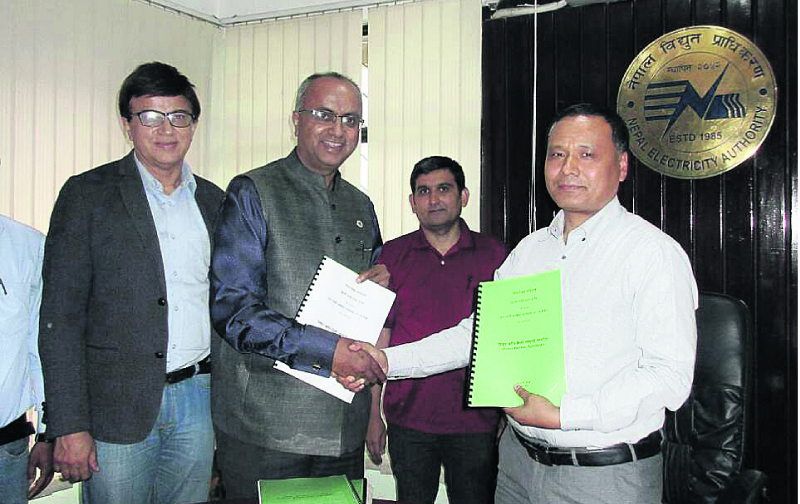 Kulman Ghising, the managing director of NEA, and Shailendra Guragain, one of the promoters of the project, signed the agreement on behalf of their respective institutions on Friday.

Siuri Power Pvt Ltd is developing the project based in Bahundanda VDC of Lamjung district. Guragain, who is also the president of Independent Power Producers' Association Nepal (IPPAN), is a director of Siuri Power Pvt Ltd.

The PPA rate has been fixed at Rs 4.80 for unit for wet months and Rs 8.40 per units for dry months.

The run-of-the-river project has will get the rate of dry months for six months as per the new decision of the NEA taken on April 27. This means NEA will pay the company Rs 8.40 per unit for energy produced between mid-Novembers and mid-May. The price will go up by three percent every year for the first eight years of power generation, according to the PPA.

Water of the Nyadi Khola will be diverted to the power house through a 6.7-kilometer tunnel to generate 235.76 GWh of energy annually, according to the project. The project is expected to start generation from 2079 BS.

According to Guragain, power generated by the project will be connected to NEA's proposed Tarikuna (Khudi) hub.

A consortium of banks led by NMB Bank will finance the project. The estimated cost of the project is Rs 6.75 billion.