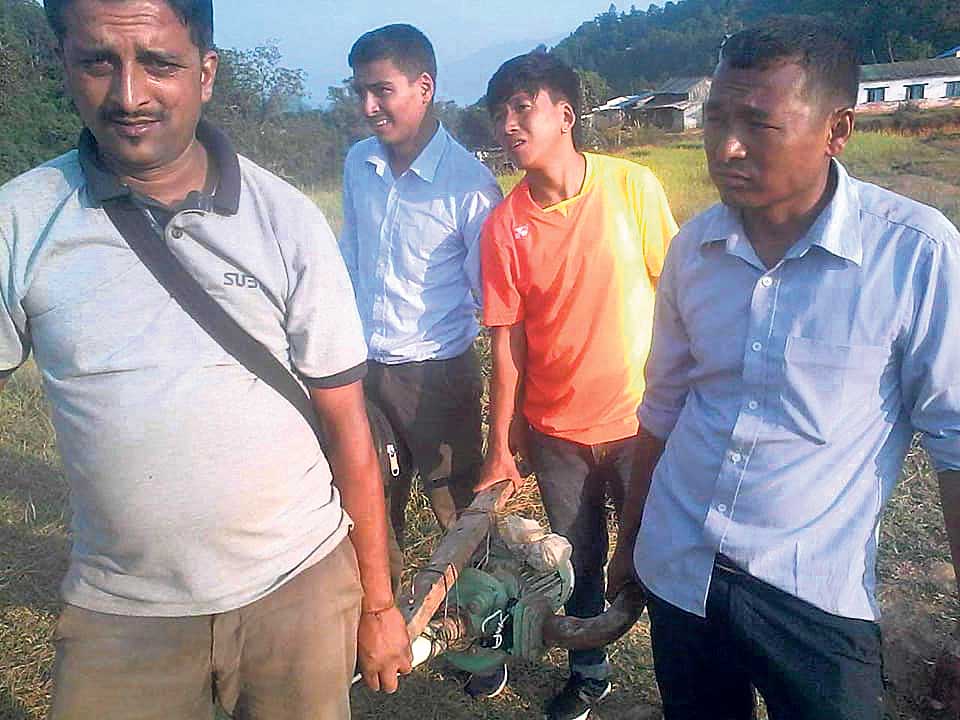 In last week alone, the authority punished 15 individuals on the charge of stealing electricity.

The NEA found that these people were stealing electricity through bypassing the meter and by using hooks.

"We found that 12.6% of electricity has been leaked," said Madhav Neupane, chief of NEA, Gorkha, adding, "We suspect that at least 4% of leakage is the result of electricity theft."

The center is expecting the leakage to reduce after extension of transformers, replacement of wooden poles, and changing of wires and poles. A seven-member team led by engineer Krishna Kandel is conducting cross inspection in Dhuwakot, Gaikhur, Mirkot among other places to see if there has been electricity theft.

Neupane informed Republica that the inspection will be conducted in some other places as well. The tools and equipment used for stealing electricity will be seized and the arrestees will also have to pay a certain amount as fine. Three among 15 arrestees have already paid Rs 15,000 fine while others have pledged to pay the amount, he said.

If these people are found stealing electricity in future, the fine will be doubled.

Wooden poles to be replaced

In the last one year, iron poles have replaced around 5,000 wooden poles in Gorkha. However, around 2,200 wooden poles are still to be removed. The NEA plans to remove these poles within the next five years.

KATHMANDU, Dec 10: In what can be termed a landmark achievement in the country's hydroposer sector, Independent Power Producers (IPPs) are... Read More...

KATHMANDU, Jan 22: Police have arrested 16 persons including incumbent and former employees of Nepal Electricity Authority (NEA) for their... Read More...