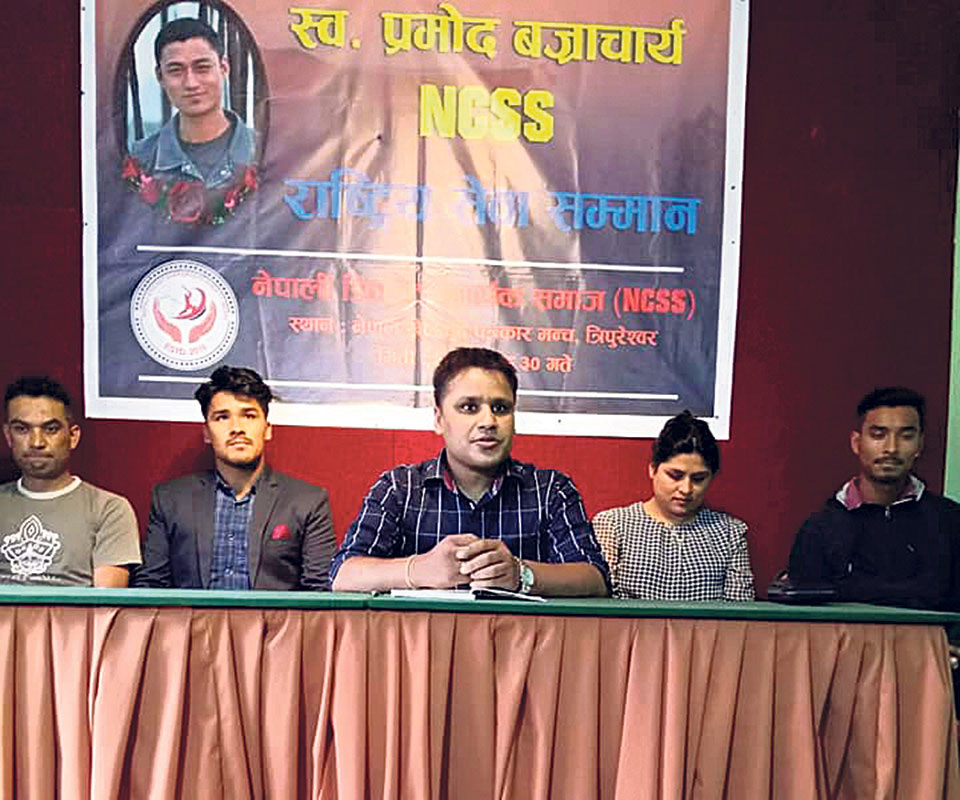 KC produced a miraculous performance against Canada in the International Cricket Council (ICC) World Cricket League Division Two playing an important role in paving Nepal’s way to ICC World Cup Qualifiers earlier this year. He was awarded with a cash prize of Rs 100,000.

Likewise, the rising star of the Inter-provincial Prime Minister Cup Cricket Tournament which was held in Kathmandu, Chauhan was felicitated on the occasion for his performances for Province 4 in the tournament. He was later called up for national closed camp.

Bajracharya passed away on May 4 this year at the age of 33 due to brain hemorrhage.

On the same occasion, volunteer Mahendra Gurung was also felicitated for his contributions to the fan organization. More than 50 NCSS official members were present at the occasion.

Defending champion Nepal to face Malaysia in the final

KATHMANDU, Oct 30: Any game would lose its craze without the fans’ support. Fans are the core heart of any sports... Read More...