NCSEA is against idea of scrapping existing trade unions 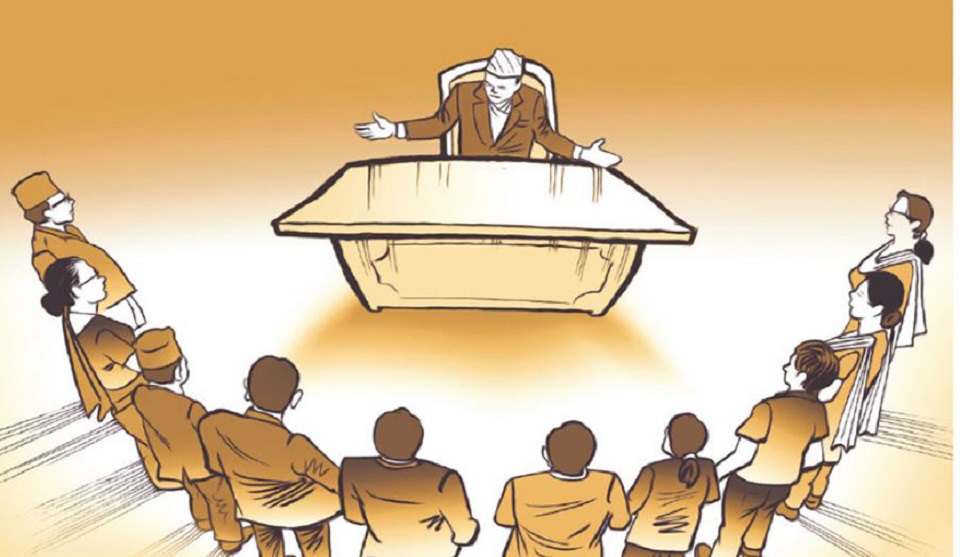 KATHMANDU, Feb 18: Nepal Civil Service Employee's Association (NCSEA) on Tuesday warned the government not to scrap the existing trade unions in the country.

Speaking at a press conference in the capital, chairperson of the NCSEA Kedar Prasad Devkota warned of launching agitation if the government made attempt to scrap the trade unions by amending the existing Civil Service Act.

"The trade opinions are working to ensure collective rights and welfare of the civil servants. Hence, the government should not curtail their freedom. The trade unions should be allowed to carry out their works as earlier," Devkota said.

Chairperson Devkota also objected to the government's move to scrap the trade unions by amending the existing laws.

An amendment bill to Civil Service Act has been gathering dust at the Parliamentary State Affairs Committee for more than a year as lawmakers from both the ruling and opposition parties are divided over the government’s proposal to continue and legitimize official trade union of government employees.

"We also noted that some of the members of Parliamentary State Affairs Committee recently demanded that the trade unions be scrapped. This is very objectionable. We can't accept it," he said.

Devkota also said that a committee under the NCSEA's vice chairperson Lekh Nath Koirala has already been formed to launch agitation against the government's move to curtail rights and freedom of trade unions.

He also said that there should not be any delay in introducing the Federal Civil Service Act.

Devkota said that his organization is ready to provide support to the government to take action against corrupt government officials.

According to chairperson Devkota, the NCSEA is planning to run anti-corruption campaigns in all districts and provinces.

During the press meet, the organization also unveiled the decisions taken by its central committee meeting held in Bhaktapur last week.

KATHMANDU, Nov 14: Parliamentary State Affairs and Good Governance Committee has decided to set the retirement age of 60 for... Read More...

Australia's tour of Bangladesh postponed due to coronavirus
17 hours ago