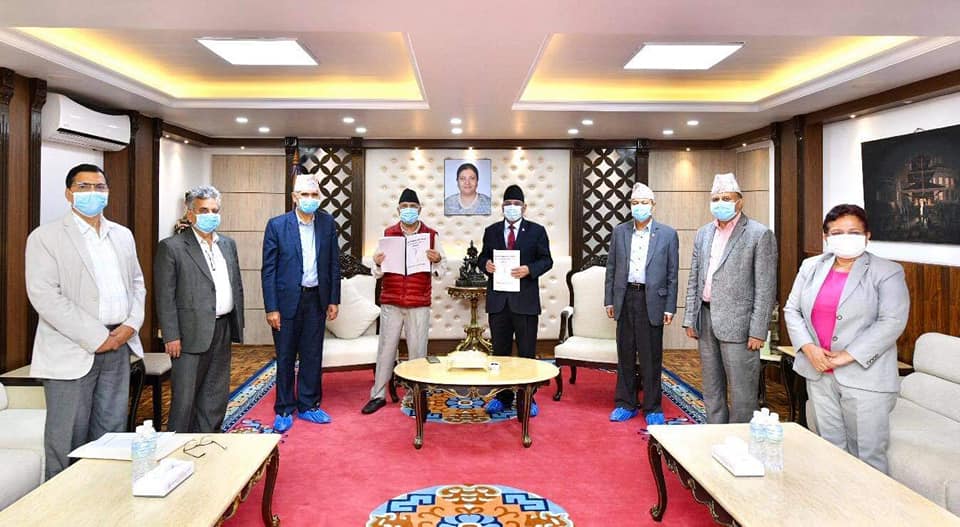 According to Prime Minister's Press Advisor Surya Thapa, the taskforce led by General Secretary Bishnu Paudel submitted the report at the Prime Minister's Official Residence in Baluwatar this afternoon.

The party's Standing Committee meeting has been deferred repeatedly after most members sought resignation of Prime Minister Oli from the post of prime minister as well as the party's chairman. The six-member taskforce was formed after several rounds of informal negotiations between Prime Minister Oli and Chairman Dahal.

NCP leaders said the report will be presented in the party's Standing Committee meeting for discussion after Oli and Dahal hold discussions about its recommendations. Sources said the taskforce has suggested allowing Prime Minister Oli to lead the government for the remaining term of the current parliament and Chairman Dahal to lead the party with full authority until the party's unity general convention is held.

Although the taskforce members have not divulged any details about their recommendations, sources said they have suggested inducting new faces in the cabinet and ensuring representation of all sides in the party while making political appointments to ensure appropriate power sharing.