They started putting forth their views in the Secretariat meeting that began at 1 pm Tuesday at the Prime Minister's Official Residence in Baluwatar. The meeting began after cutting a cake to celebrate the birthday of the party’s General Secretary Bishnu Poudel. 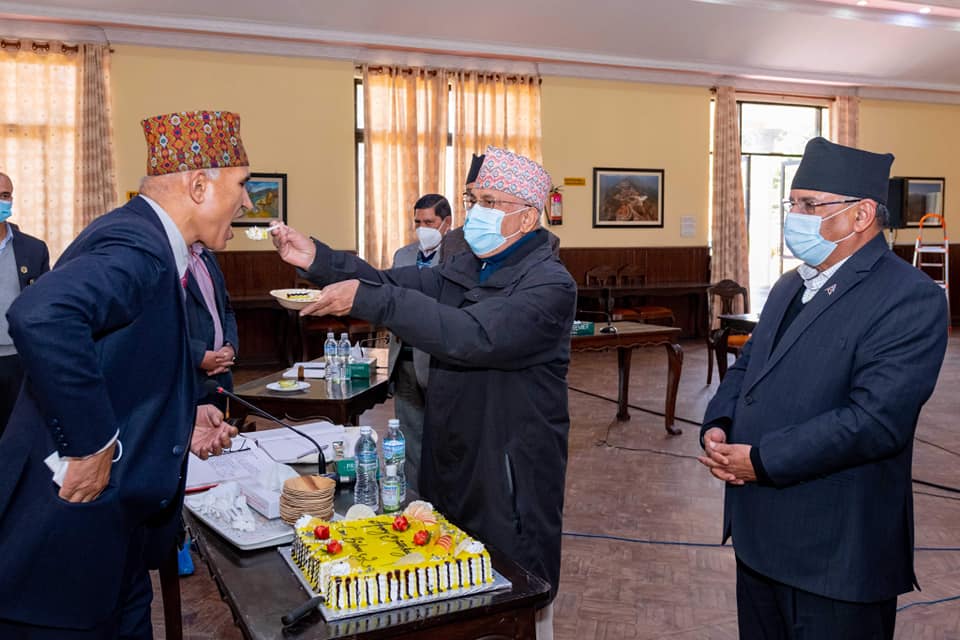 According to the party’s Spokesperson Narayan Kaji Shrestha, the Secretariat meeting will resume at 1 pm on Wednesday. During Tuesday’s meeting, Oli and Dahal shared their views on each others' political documents.

"We (Secretariat members) have started to deliver our views on the political papers submitted separately by the chairmen duo," said the spokesperson, adding that informal discussions and interactions among the Secretariat members will also continue side by side. 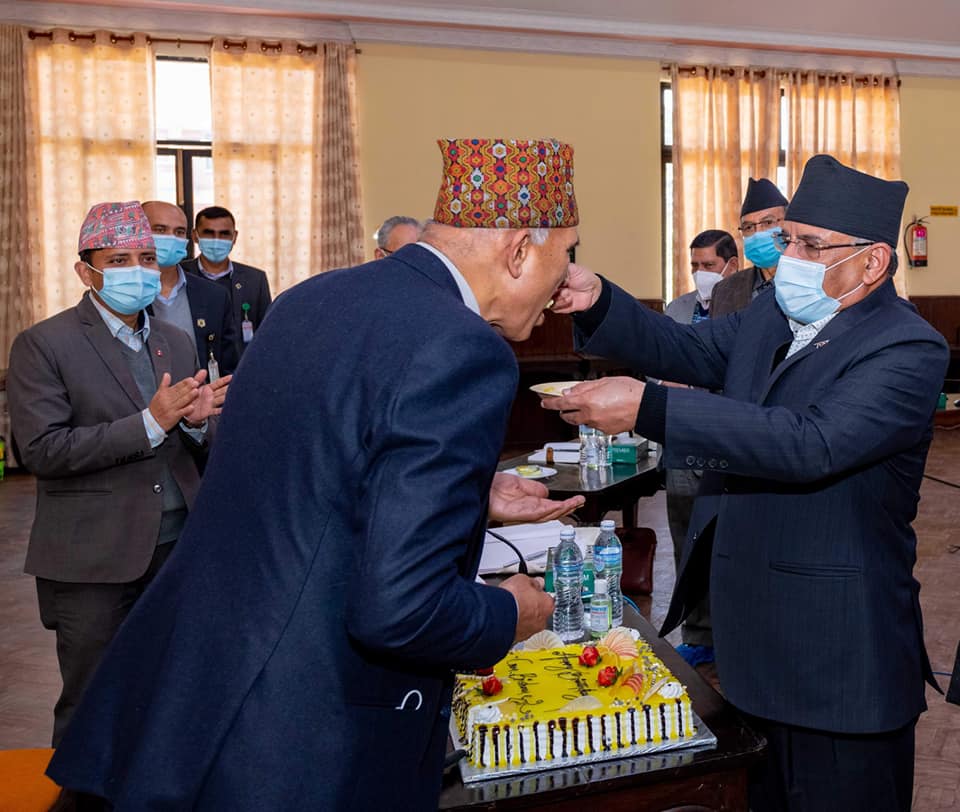 The meeting comes at a time when the party is plagued by intra-party rift primarily due to rivalry between the two factions—one led by Oli and the other led by Dahal. Oli has accused Dahal of harboring factionalism within the party, while Dahal has blamed Oli for being autocratic.

Executive Chairperson Dahal has also raised a series of questions on the incumbent government's performance, asking indirectly Oli to step down from the post. 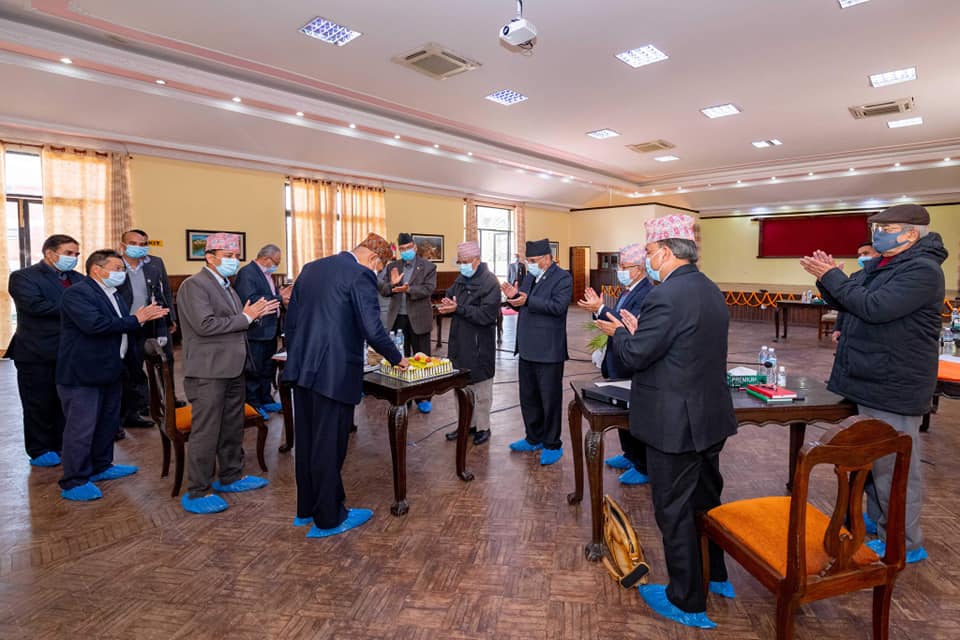 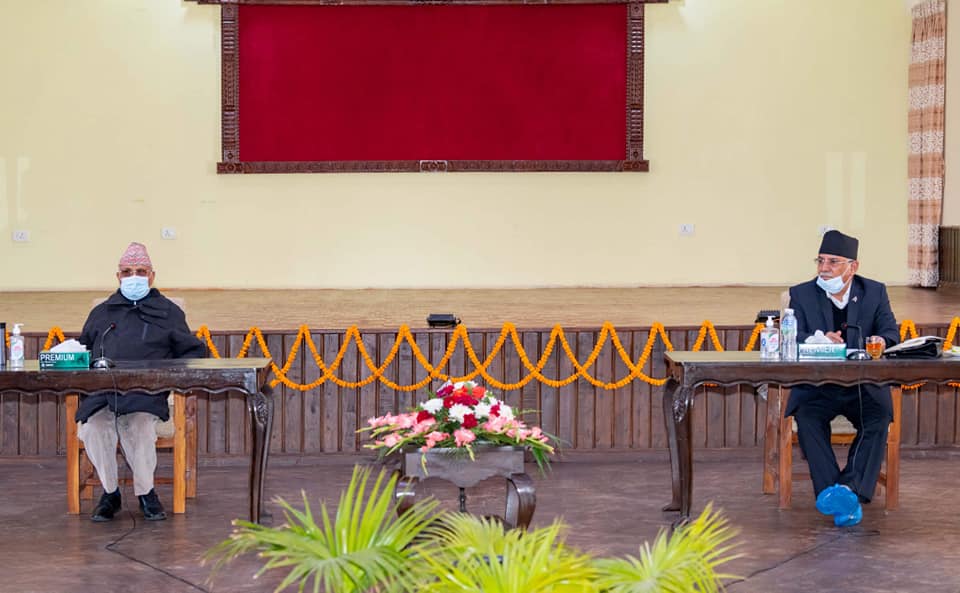 KATHMANDU, Dec 2: The Secretariat meeting of the ruling Nepal Communist Party (NCP) scheduled for Wednesday has been put off... Read More...