KATHMANDU, Dec 2: The Secretariat meeting of the ruling Nepal Communist Party (NCP) scheduled for Wednesday has been put off for Saturday after the party’s Chairman K P Sharma Oli skipped the meeting.

The decision of Chairman Oli, who is also the prime minister, comes a day after

two chairpersons of the ruling party engaged in a bitter war of words during the Secretariat meeting on Tuesday.

The meeting lasted for barely one hour at the Prime Minister's Official Residence in Baluwatar. In a photograph shared by Prime Minister's Press Advisor Surya Thapa, the chair of Oli is seen empty. Thapa wrote on Facebook that the next meeting of the Secretariat will take place at 1 pm on December 5. 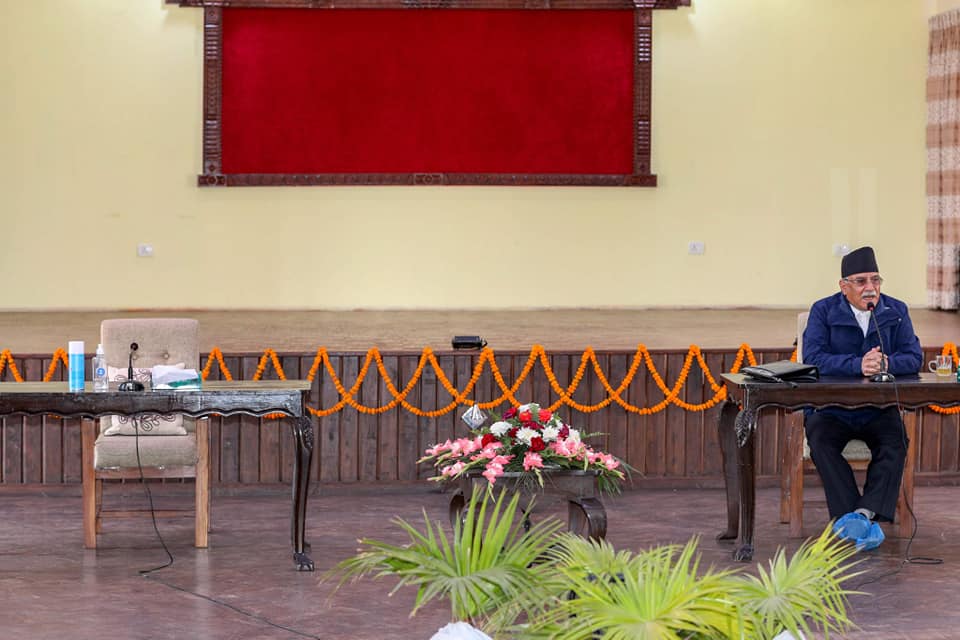 According to Narayankaji Shrestha, spokesperson for the party, the Standing Committee meeting, which was scheduled to be held on Thursday, has also been postponed for December 6.

"Today's meeting could not last long as chairperson Oli skipped the meeting. Now, the next meeting has been scheduled for December 5. This will provide us some time to work on resolving the ongoing intra-party rift," Shrestha told reporters.

Despite Oli's unwillingness, the majority of the Secretariat members on Tuesday had decided to sit again for 1 pm on Wednesday. However, the meeting started at 2 pm.

On Tuesday, Oli and Dahal had engaged in a war of words after Oli accused Dahal of ‘inciting leaders to promote factionalism’. During the Secretariat meeting, Oli also exerted pressure on Dahal to withdraw the latter's proposal.

The prime minister sought an apology from Dahal for the political proposal calling it an "allegation paper".  Oli said that it is Dahal's conspiracy to end his entire political career.

However, Dahal had insisted that the Secretariat meeting should hold discussion on his proposal. In the meeting, Oli found himself in the minority in the nine-member Secretariat. General Secretary Bishnu Prasad Paudel was the only leader who backed Oli during the meeting.

The majority of the Secretariat members argued during the meeting that the prime minister was free to put forth his views on Dahal’s proposal. They, however, maintained that he should not halt deliberation on the political paper tabled by Dahal, who is backed by senior leader Nepal.