Party headquarters of Dahal-Nepal faction of the NCP. (File photo)

KATHMANDU, Feb 11: The Dahal-Nepal faction of the ruling Nepal Communist Party (NCP) has demanded the immediate release of its leader Ram Kumari Jhakri who was arrested by the police on Thursday for her "demeaning remarks" against President Bidya Devi Bhandari.

Issuing a press statement, spokesperson for NCP's Dahal-Nepal faction, Narayan Kaji Shrestha urged the government to ensure the unconditional release of Jhakri, a central committee member of their party faction.

"Jhakri's comment was nothing more than political criticism, and it is just an illusion, prejudice and totalitarianism to describe it as a crime against the state," reads the press statement.

The arrest of Jhakri has exposed the undemocratic, despotic and totalitarian character of the government while undermining the provision of constitutionally-guaranteed freedom of expression.

Jhakri, who was also a member of the dissolved House of Representatives representing the NCP, was apprehended by the police this afternoon from her residence based in Sankhamul in the capital. 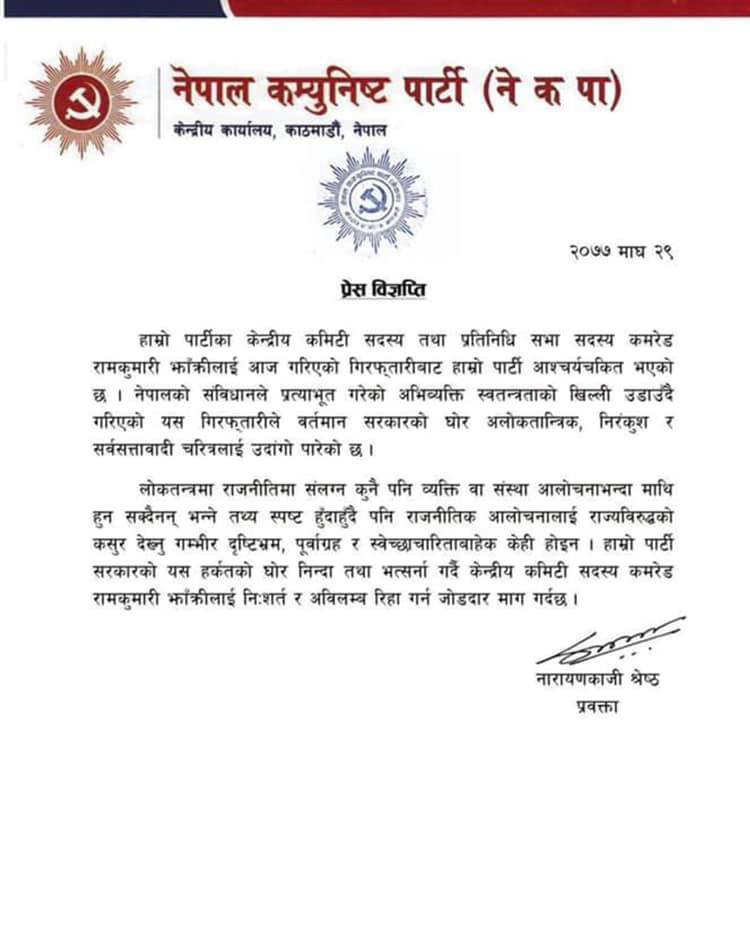