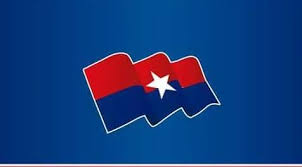 KATHMANDU, Feb 9: The KP Oli-led faction of the ruling Nepal Communist Party (NCP) has picked Bachan Bahadur Singh as the chairman of the party's youth wing.

Singh will succeed Chairman of National Youth Federation (NYF) Ramesh Paudel, who was later named as joint-coordinator of the youth wing after the unification between the erstwhile CPN-UML and CPN (Maoist Center).

Singh was unanimously elected as the Chairman of the youth wing after the party's youth wing in-charge Mahesh Basnet proposed his name during a central committee meeting held in Lalitpur on Monday. Basnet had tried to forge consensus among three contenders for the post --Ramesh Paudel, Kiran Paudel, and Singh --to unanimously elect a candidate for the chairman of the party's youth wing.

KATHMANDU, Dec 22:  A group of lawmakers close to the rival faction of the ruling Nepal Communist Party (NCP) has... Read More...

NCP dispute at the center reaches the local level

Odd-even rule for vehicles not a scientific way to deal with COVID-19: Transport Entrepreneurs
18 hours ago