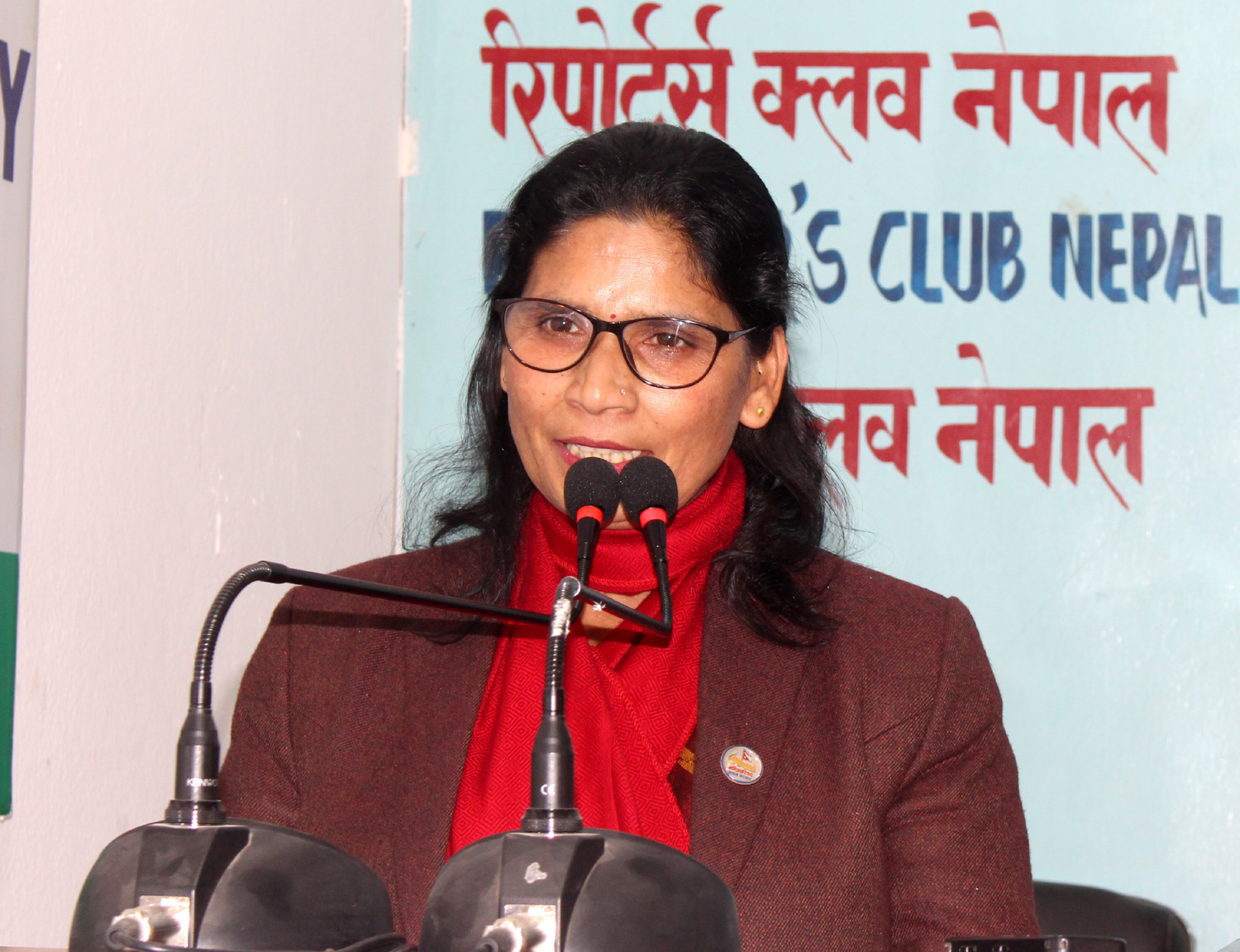 KATHMANDU, April 27: Minister for Land Reform and Management Padma Kumari Aryal has said that the government will not seize the land purchased by the ruling Nepal Communist Party General Secretary Bishnu Paudel at Lalita Niwas arguing that the land was transferred in the name of Poudel’s son Nabin from the land owner legally.

Speaking at an interaction in the capital on Saturday, the minister said that NCP leader Poudel’s son Nabin purchased the land through a businessman legally. “Poudel family was not involved in the land grab because they purchased it from the valid land owner,” she said.

Earlier, it was reported that NCP leader Paudel was among those owning controversial land at Lalita Niwas. Media reports said that Lalita Niwas was duly acquired by the government and controversy arose after land on the premises was illegally transferred to the names of private individuals.

Paudel is found to have purchased 8 aana of land at Lalita Niwas through a businessman and the so-called land-mafia, according to investigation officials.

Last month, the government barred transactions in 113 ropani and 3 aana land at Lalita Niwas, including the plot owned by Paudel, after it was revealed that all the  land there was transferred illegally by some individuals in collusion with officials at Dilli Bazar Land Revenue Office and the District Land Reform and Survey Office, among others.

Erstwhile investigations carried out by the Commission for Investigation of Abuse of Authority and the Central Investigation Bureau  suggested that  Paudel  purchased 8 aana of the land through promoter of Bhatbhateni Super Market Min Bahadur Gurung and the ‘land mafia’ duo Shobhakant Dhakal and Ram Kumar Subedi.

Paudel had mentioned the 8 aana  in Kathmandu Metropolitan City-4, Baluwatar when he released his property disclosure statement on becoming finance minister in the cabinet led by K P Sharma Oli in 2015. The property is in the name of his son, Nabin.

Gurung, Dhakal and Subedi had purchased 63 ropani of the land in 2060 BS from the family of Rukma Shumsher Rana into whose names it had been transferred. Since 60 ropani exceeded the ceiling on land holdings by one single individual, they had chosen to sell it off in smaller pieces to those at the centers of power and influence . Gurung, Dhakal and Subedi also seem to have jointly purchased  land belonging to the British Council after selling off at Lalita Niwas.