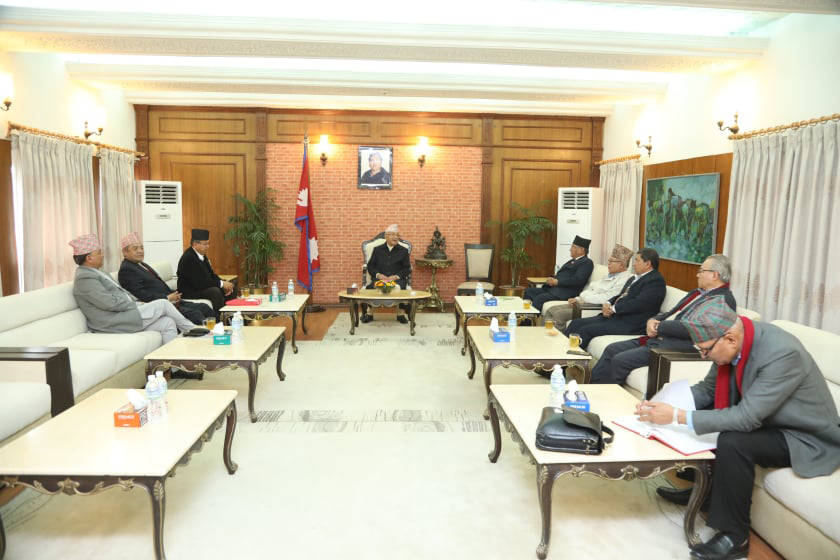 A meeting of the NCP's secretariat held at the Dhumbarahi-based party headquarters took a decision to this effect, according to party spokesperson Narayan Kaji Shrestha.

Shrestha said that the secretariat has now been entrusted to  settle the unification process in local levels and sister wings.

The then CPN-UML and CPN (Maoist Center), which merged in May last year, have not been able to conclude merger of the districts and local committees, especially due to wrangling among various factions.

The decision comes three weeks after some members of the unification taskforce proposed dissolving the taskforce arguing that it was beyond their power to decide on power-sharing issues.

On December 3, NCP had set up an eight-member taskforce with Ram Bahadur Thapa as coordinator to take forward the merger of lower organizations. But the taskforce had had allowed a month's deadline to pass without any progress. Besides Thapa, the taskforce comprises Bishnu Paudel, Shankar Pokharel, Barshaman Pun, Yogesh Bhattarai, Surendra Pandey, Beduram Bhusal and Lekhraj Bhatta.

The taskforce had only been able to do a fraction of the given task due to disagreements among its members, mainly due to factional wrangling over stakes in the unification process. Party insiders say a growing rift between chairmen KP Oli and Pushpa Kamal Dahal was also hindering the remaining works of unification.

Dahal, according to his close aides, was not happy with the way Oli tried to distance himself from the legacy of the Maoist insurgency and becoming silent observer of the judiciary's deliberate attacks to frame former rebels in conflict-era cases.

Leaders said the merger could take a few more weeks as several leaders have been demanding a fair share of portfolios across the party organs. Senior leader Madhav Nepal is particularly unhappy with the distribution of party portfolios and has demanded a restructuring of the party's provincial committees and lower committees.

KATHMANDU, March 9: The taskforce formed to work out on the organization of the party unification of CPN-UML and Maoist Center has... Read More...

Kalikot DAO closed for a week after staffers contract COVID-19
12 minutes ago
99 Nepali workers set out for Israel; labor minister, ambassador reach TIA to see them off
41 minutes ago