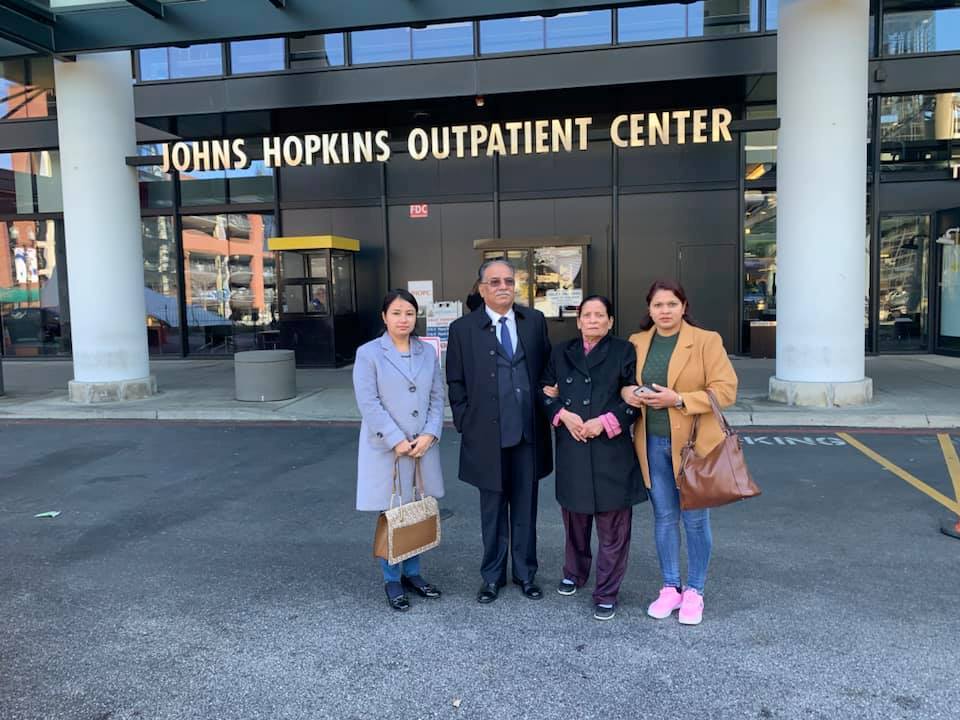 As part of her treatment, the doctors have started conducting various medical tests on Tuesday. Sita will have to undergo treatment at least for the next ten days, according to a source at the Nepali Embassy in Washington DC. The embassy has been facilitating the treatment for Dahal's spouse.

"It's not immediately clear how long she should undergo treatment at Johns Hopkins Hospital. However, according to the doctors she needs to spend at least ten days. It will be decided as suggested by the doctors," the source added. Dahal and his wife Sita along with their daughter Ganga and son-in-law flew for the US on Sunday evening for Sita’s treatment.

Sita has been battling against Progressive Supranuclear Palsy for the past few years. Daughter Ganga and son-in-law Jeevan Acharya are accompanying the Dahal couple during their visit. Her health started deteriorating following the sudden death of her only son Prakash in November, 2017 from a cardiac arrest. Doctors have diagnosed her with Parkinson’s and other mental and physical illnesses.

Mehata dies in course of treatment

SAPTARI, March 8: Birendra Mehata , one of those injured in the Saptari incident that occurred on Monday has died while... Read More...