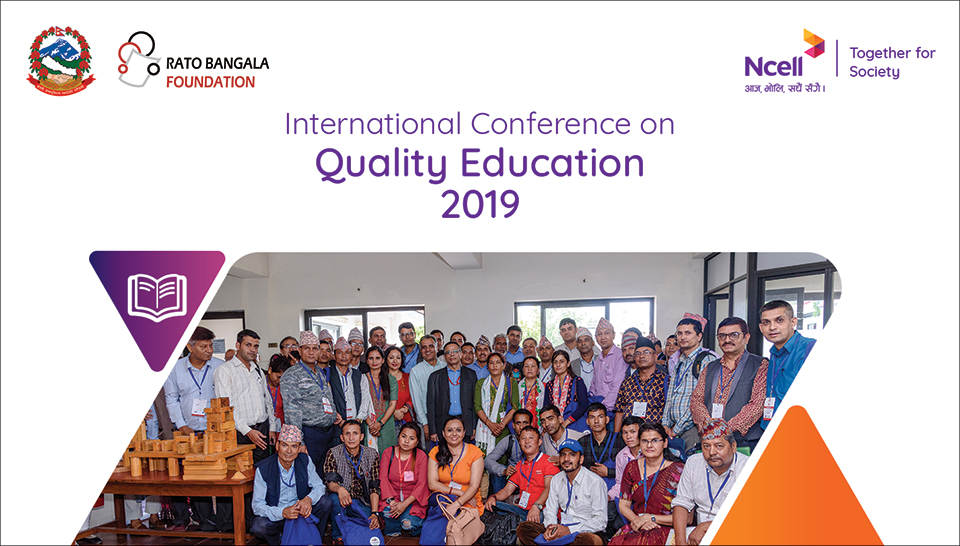 KATHMANDU, Aug 27: Ncell Pvt Ltd, under its corporate social responsibility initiative, has partnered with the Ministry of Education, Science and Technology (MoEST) and Rato Bangala Foundation (RBF) to organize the second International Conference on Quality Education 2019 (ICQE2019) in Kathmandu.

The three-day conference, which ended, on Monday saw participation of officials from the government as well as district-level teachers and national and international researchers.

"The conference featured more than 75 expert-led presentations, 60 workshops, 14 parallel sessions over the three days, focusing around the theme 'learning by doing approach on early-childhood development model'," read a statement issued by the Ncell on Monday. "Over 700 participants, including more than 300 government level teachers from 55 districts, attended the conference."

Experts from Singapore, the United States, India, China, and Bangladesh participated in the conference as trainers, it said.

The chief guest of the opening ceremony of the conference, Minister for Education, Science and Technology Giriraj Mani Pokharel, said: "Nepal will be able to achieve its 2030 of Nepal's School Sector Development Plan (SSDP) vision of ensuring equitable access to safe and quality education for all only by focusing on providing quality education in the classroom, from early-childhood onward."

Chairperson of the parliament's Education and Health Committee Jayapuri Gharti said that they were holding consultations with focus on improving education in government schools.

"We are extremely happy to partner with MoEST for its overarching strategic plan to attain SSDP Goals. Ncell's focus is to empower foundational skills by providing platform for teachers from public sector that do not have access to training opportunities," the statement quoted Andy Chong, CEO of Ncell, as saying during the program.

Ncell announces ‘Internet for All’ campaign

KATHMANDU, Jn 26 : GSM operator Ncell has launched a new data campaign, ‘Internet for All, which allows customers to use... Read More...