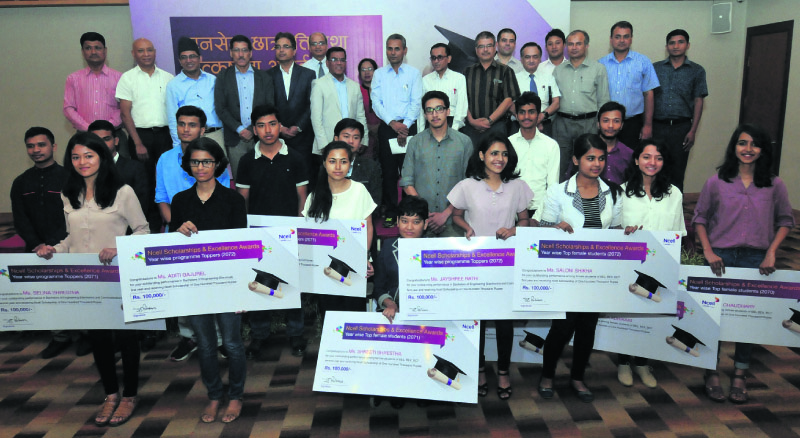 KATHMANDU, June 20: Ncell has honoured students of various faculties of the Pulchowk Campus, Institute of Engineering (IoE), with Ncell Scholarships and Excellence Awards. Issuing a statement, Ncell said that the initiative aims at promoting young talents and contributing to nation by nurturing skilled human resources.

“Education is the foundation for development, and young talents are future leaders. Hence, Ncell has been implementing various initiatives for contributing to education and promoting talent as a part of our Corporate Social Responsibility (CSR) support,” Milan Sharma, corporate communications expert of Ncell, said in the event, according to the statement. Ncell said that the scholarships were provided based on annual scores of 1st, 2nd and 3rd year, and students receive it for studying 2nd, 3rd and 4th year, respectively.

The three toppers each from electrical, electronics and communication, and computer faculties and one female topper among all female students of these three faculties from each batch received the scholarship, according to the statement. Ncell Scholarships and Excellence Awards carries a purse of Rs 100,000 each.

KATHMANDU, Aug 4: Ncell has handed over a motorbike to Dinesh Dura of Lamjung Communication of Kathmandu under its 'Channel... Read More...