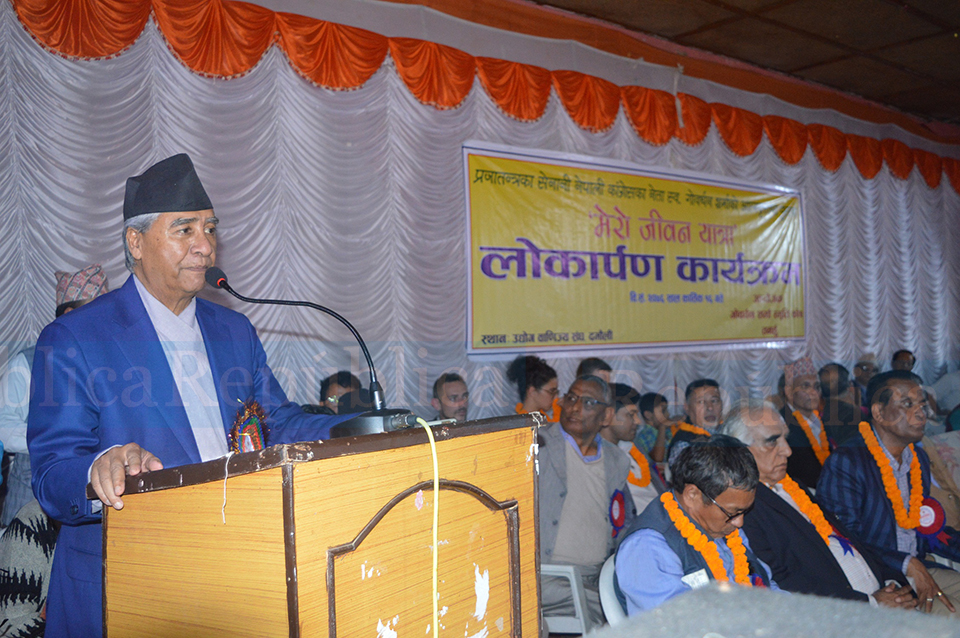 TANAHU, Nov 2: President of the main opposition of Nepali Congress Sher Bahadur Deuba has stated that the party would take enough time before finalizing the names of candidates from his party for the upcoming by-elections.

Addressing a book-release program in Damauli on Saturday, President Deuba opined that the party would take time while naming the candidates so that the party could secure more seats. On the occasion, Deuba vowed to unify the party by accommodating all the concerns inside the party.

During his address, he also urged the NCP not to put blame on the NC for posing threat to the constitution and federalism. Speaking further he said, “NC will always stand by the government in its performances which prove to be pro-public.” However, he accused the government of ignoring the main opposition which he claimed does not represent the democratic values.

Another speaker on the occasion, the senior leader of NC Ram Chandra Poudel stressed on the need to forge unity among all the political parties in the country to protect and promote democracy.

Also speaking at the program, Shashank Koirala, the general secretary of the party hoped that NC would emerge victorious in the upcoming by-polls. “If we are united, we can revive our legacy of being the formidable party in Nepali politics,” Koirala stated.