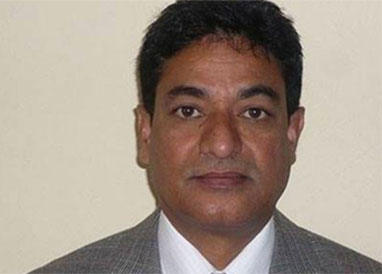 LALITPUR, May 8: Nepali Congress (NC) has claimed that there has been a huge public support for the party in the run-up to the first round of local elections.

NC Central Committee member Ramesh Lekhak, who is also the coordinator of the Local Level Election 2074 Central Publicity Coordinator Sub Committee, said so at the central party headquarters in Sanepa on Monday.

“The NC is gaining huge support as the election day May 14 nears. We are ahead of all the parties in terms of public support. NC will clinch a sweeping victory in the local level elections,” said Lekhak.

Organizing a press meet, CC member Lekhak said that all the cadres and leaders are actively participating in the run-up to the elections. All the party rank and file are into the local level elections in unison.

Stating that the NC has deputed CC members to maintain coordination among the people in all the rural, municipal, regional and district coordination committees and sister wings of the party, Lekhak said the election alliance forged with the other parties is also working well.  The joint publicity campaign is also going on smoothly.

Lekhak further said that the party is also prioritizing voters’ education as a part of local polls preparation in the run-up to the elections.

Meanwhile, he condemned the vandalism of the vehicles used by the party during the election campaign. "Such kind of inappropriate activities will not frustrate the party. It will rather help the party push ahead," said he.

KATHMANDU, March 19: Election Commission on Sunday said that some of the parties including the ruling Nepali Congress and Rastriya... Read More...