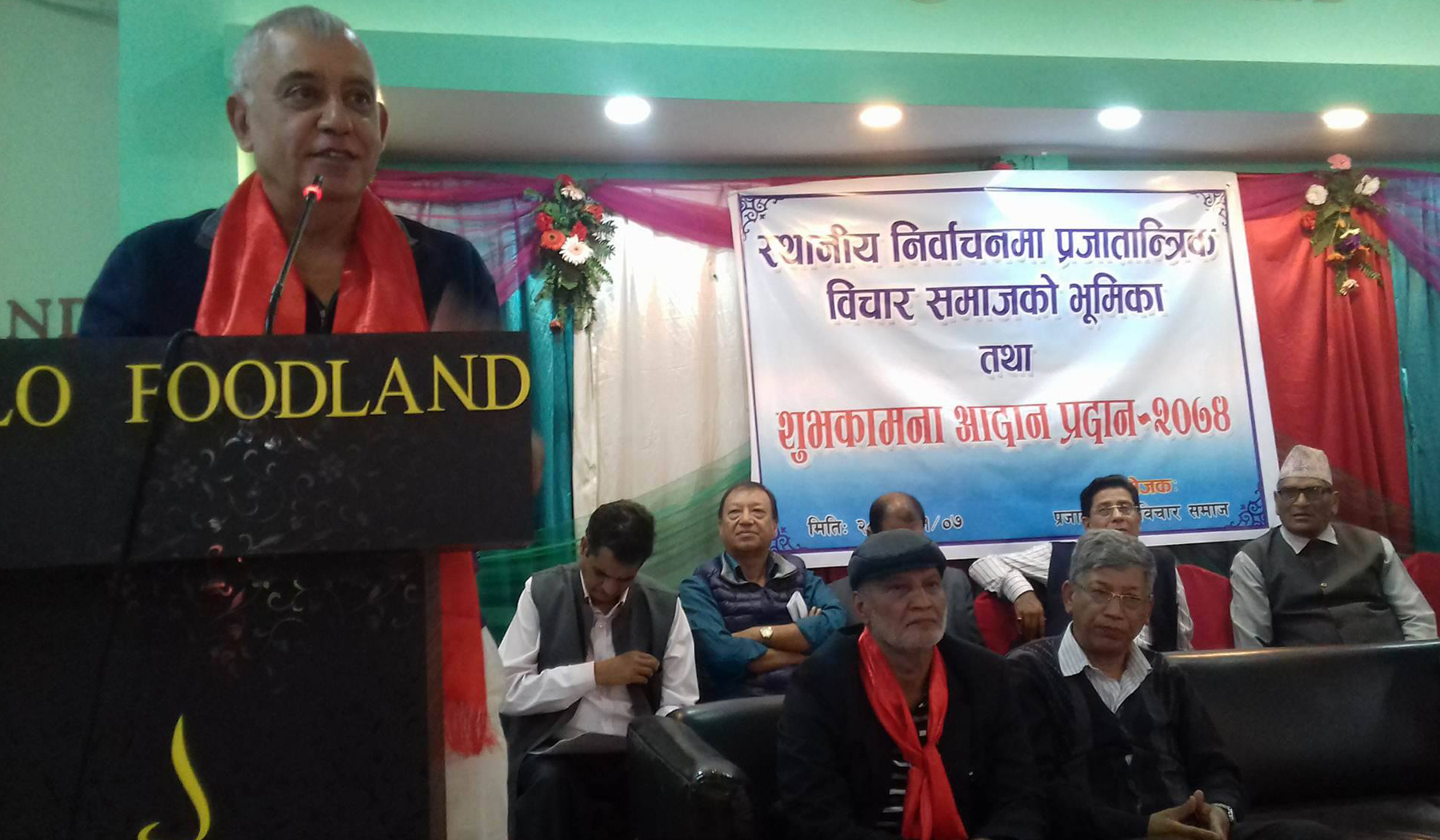 KATHMANDU, April 20: Nepali Congress (NC) General Secretary Sashanka Koirala spoke of the need of the party's victory in the upcoming local-level election to as he claimed build a prosperous Nepal.

Taking part in an interaction programme on a 'role of democratic thoughts in the local election' organised by the Democratic Thoughts Society here today, leader Koirala claimed that development endeavours in the country were undertaken relatively high during the NC leadership and the party's victory in the May 14 election was essential to expedite a wave of development in the country.

On the occasion, he called on intellectual community to provide right suggestions to the party in its 'efforts' to build the nation.
Likewise, also speaking on the occasion, NC central member and Health Minister Gagan Kumar Thapa insisted on the need of a political understanding to hold the local election. The election election would be conducted on the scheduled date, he added.
"The NC has, in respective of its capacity as the largest party in the Parliament which headed the constitution drafting, the responsibility of moving ahead by taking other political parties into confidence," he asserted.

NC lawmaker Sakal Dev Sutiyar was of the view that the party should give a ticket to an individual familiar with the local community to win more seats in the local-level election." The election should be conducted by bringing the dissenting Madhes-centric parties on a board."

Senior journalist Harihar Birahi said party cadres should always respect and abide by party decisions to ensure its victory in the election.

The society that has been long 'advocating' for the development and expansion of democracy in the country has so far established chapters in over 40 locations. RSS

KATHMANDU, Dec 29: High-flying Nepal, which has almost booked its place in the semifinals of the Women's SAFF Championship, will take... Read More...

NRB investing Rs 1.10 billion in the fixed deposits of BFIs
15 hours ago