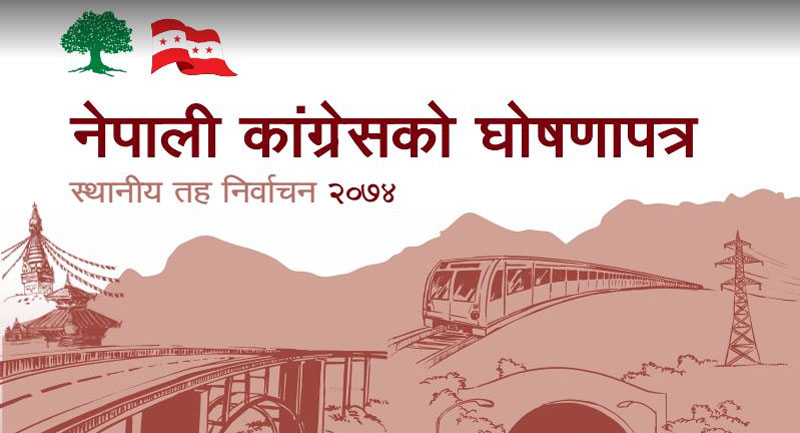 KATHMANDU, April 25: As the date of local level elections fast approaching, Nepali Congress (NC) has come up with an ambitious plan to provide employment to over 300,000 people every year.

Unveiling its manifesto, the NC has mentioned that it has planned to attract foreign investment of minimum Rs 100 billion every year to achieve double digit GDP growth.

Similarly, the manifesto has also stated that it will bring down the poverty rate to 3 percent and raise the literacy rate to 95 percent.

In the election manifesto, the NC has promised to generate over 10,000 megawatt electricity, bring four international airports into operation and bring in over 3.2 million foreign tourists every year.

The   manifesto has also planned to make internet available in all the rural municipalities and villages and make all the houses earthquake-resistant.

Similarly, it has promised to maintain inclusive, responsible, and corruption-free governance under the parliamentary democratic political setup.