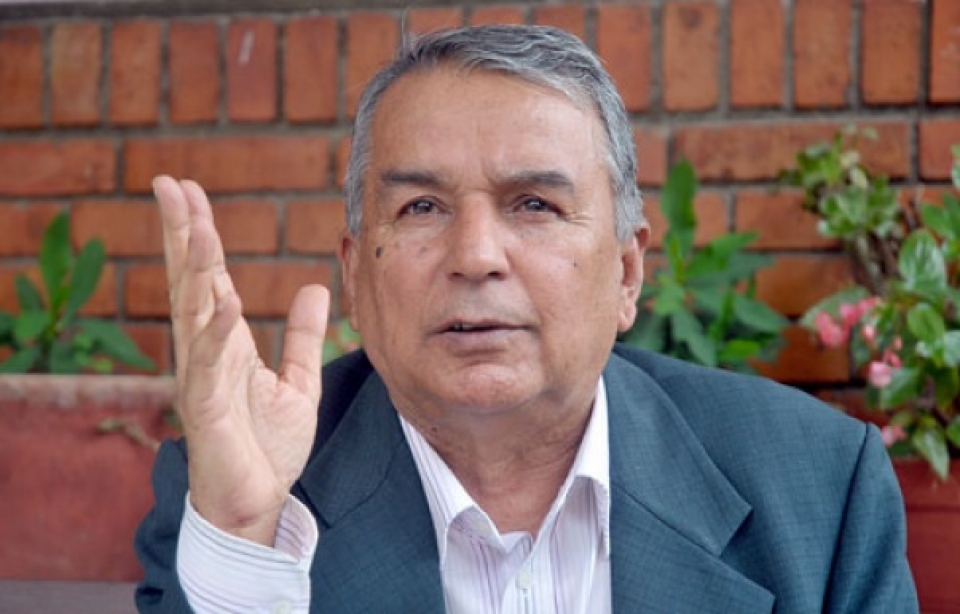 KATHMANDU, Aug 26: Nepali Congress senior leader Ram Chandra Poudel has said the time has come for the Nepali Congress to carry out works in such a way to win the hearts of the people.

The senior leader of the main opposition party said this while talking to journalists here today. He said the NC should work to win the peoples' heart as the people have started losing confidence in the government.

"The NC should come forward as the alternative to this government and there is no option other than marching forward in a unified manner," Poudel said, stressing the need of holding the party's general convention on time by ending any shortcomings seen within it.

Senior leader Poudel further said, "It is not that everyone speaks in the same language every time in politics."

In a separate context, he said the people's faith towards the government and the prevailing justice system was waning. He said the people who are demonstrating in support of television program presenter Rabi Lamichhane vindicated this, demanding just investigation regarding the three people including Lamichhane who have been accused of abetting in a suicide of a fellow journalist. Poudel also hoped that a fair investigation would take place in this case as this topic has already reached the court.

NC should not join government at the behest of other parties: Senior leader Poudel

NC leader Poudel emphasises unity among all to safeguard democracy

Next leadership of NC on consensus: leader Poudel

France evacuates more than 300 people from Afghanistan
3 minutes ago

Omicron coronavirus variant found in multiple US states
18 hours ago