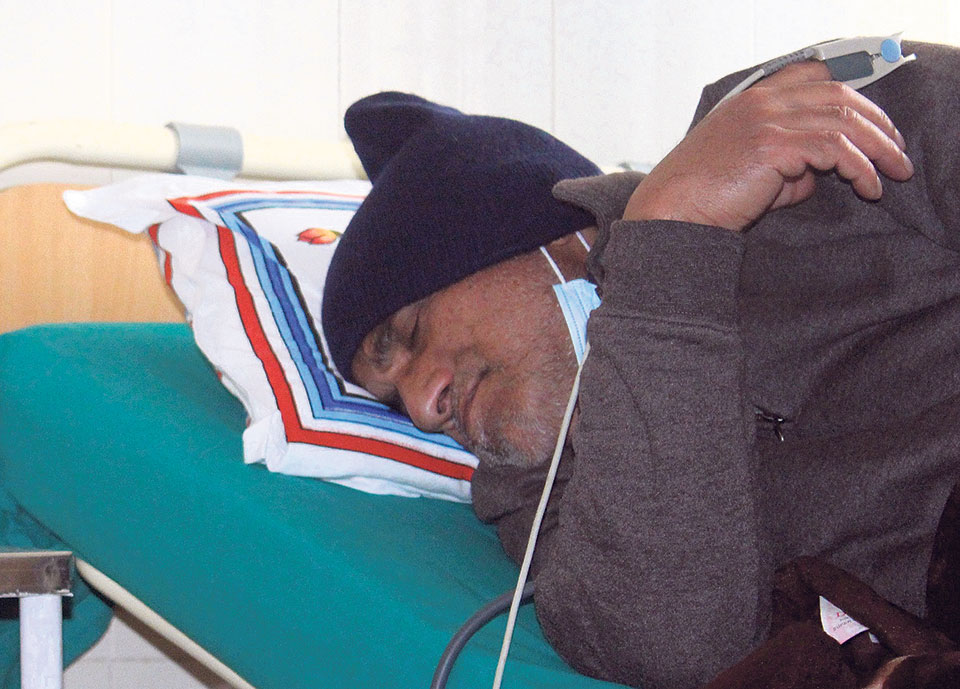 Dr Govinda KC's continues his 16th fast-unto-death at Ilam Hospital for the eighth day on Wednesday. Dr KC has been demanding crucial reforms in the medical education sector. On Wednesday, a team of doctors from BP Koirala Institute of Health Sciences, Dharan, visited Ilam Hospital and examined Dr KC. They said Dr KC's heart beat is irregular and he needs to ICU care. Photo: Bhim Chapagain/Republica

KATHMANDU, Jan 17: Expressing serious concern over the Oli government’s lack of response to the ongoing fast-unto-death by Dr Govinda KC, the main opposition party, Nepali Congress, has warned the government not to underestimate the protest as the doing of just one individual.

Speaking at a press conference organized at the party’s headquarters at Sanepa on Wednesday, NC spokesman Bishwa Prakash Sharma said the NC would raise a storm on all fronts if Dr KC’s protest for bringing reform in medical education was ignored.

The statement by the NC spokesman comes in the wake of Dr KC’s worsening condition even as his fast entered the eighth day on Wednesday.  “The prime minister has two options: return to consensus or face protests from all fronts. We humbly request the government to take the issue seriously,” he said.

Sharma also refuted any involvement of NC President Sher Bahadur Deuba in the procurement of two wide-body aircraft and demanded a thorough investigation into the scam. He said any such investigation should be free from undue pressure.

Former PMs urge the government to save Dr KC’s life