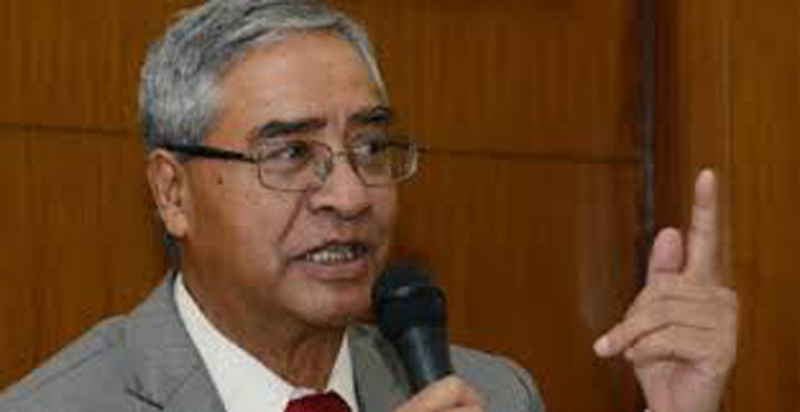 In a different context, he suggested setting the date to hold all three levels of elections—local, province and parliament—as per the constitution only after reaching national consensus.

"People helped NC become a big party in the parliament through voting in the former second Constituent Assembly elections. And NC has completed its responsibility by promulgating the constitution as per aspirations of people. Now NC will work to implement the constitution," he said.

He, however, said that there are challenges ahead to implement the constitution and strengthen democracy, and for resolving these challenges, national consensus is a must.

Deuba was inaugurating the 11th national general convention of the Democratic Thought Society in the Capital today.

He also accused the government of failing to control thriving black marketeering and inflation.

Likewise, NC senior leader Ram Chandra Poudel charged the government with only focusing on ways to save it from fall instead of working to implement the constitution.

The total 350 representatives from 40 districts across the country have attended the two-day convention. RSS

JANAKPURDHAM, March 2 : Nepali Congress (NC) President has asserted the federalism now has become the need and reality of... Read More...