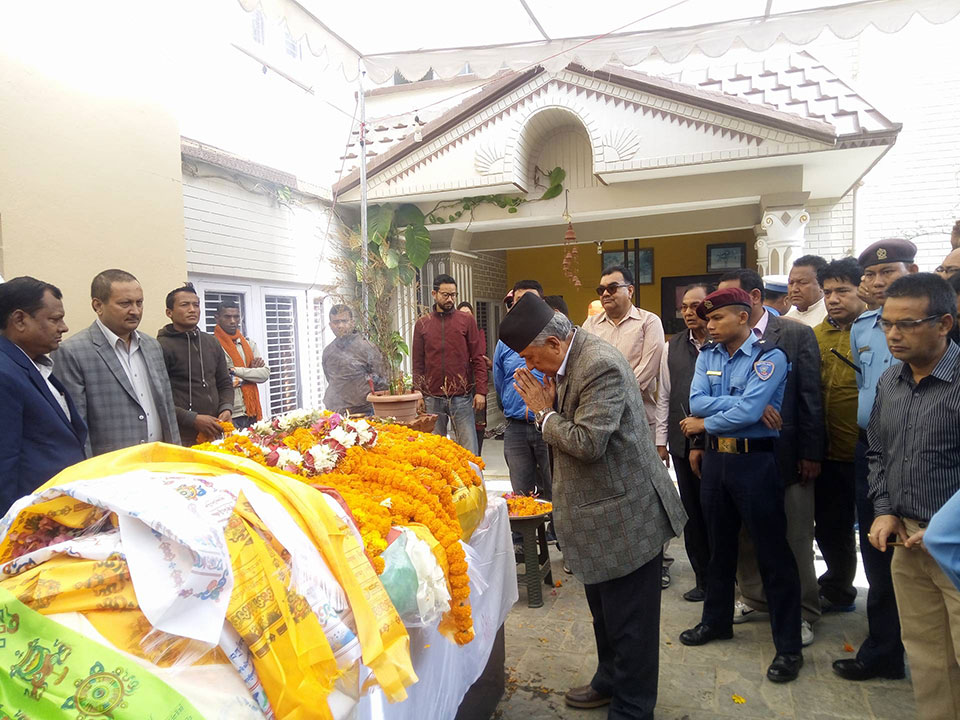 His mortal body will be kept at party central office, Sanepa, since 1.00 pm this afternoon for final tribute and subsequently taken to Pashupati Aryaghat for cremation, shared NC Spokesperson Biswo Prakash Sharma.

According to NC spokesperson Bishwo Prakash Sharma, Khadka will be cremated at 3 PM at Pashupati AryaGhat.

Leader Khadka died while undergoing treatment at Apollo Hospital in New Delhi of India on Friday evening. He was 67.

Khadka has been suffering from kidney and chest related infections. His dead body was brought back to Nepal on Saturday evening and kept at his residence, Sanepa, in Lalitpur.

His mortal body will be taken to party office after completing all ritual process following his son Anurag Khadka's arrival to Nepal today from UK where he is pursuing his higher education.

The NC central working committee underway to review the election since March 23 has been postponed until another notice to pay tribute to the late Khadka, shared NC Party Office Chief Secretary Krishna Prasad Poudel.(RSS)