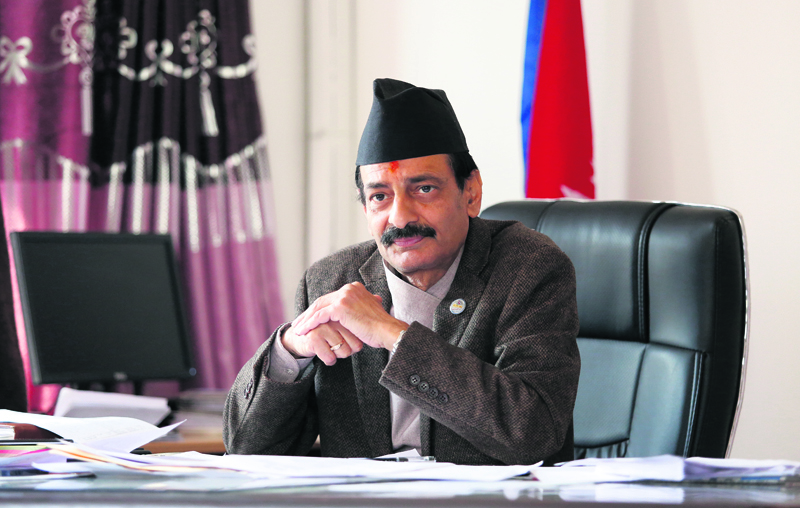 KATHMANDU, March 17: Nepali Congress (NC) leader and former minister Nabindra Raj Joshi, who is undergoing treatment for brain hemorrhage at Norvic International Hospital in the capital, is in critical condition, the hospital stated in a press release on Wednesday morning.

Now, Joshi is being treated on a ventilator support, according to the press release.

Joshi was admitted to the hospital in the last week of February after he suffered from brain hemorrhage due to a massive increase in his blood pressure.

Although his health witnessed some improvements in initial days, now his condition has worsened.

"He was taken out of ventilator support after his respiratory system started functioning well. But we put him on a ventilator again after his health worsened," reads the press release. Joshi,56, is a second rung NC leader. He served as the Minister for Industry during the premiership of Pushpa Kamal Dahal in 2016-2017.

KATHMANDU, March 27: The Nepali Congress (NC) has decided to fly the party flag at half-mast for three days to... Read More...