NC has offered me for PM: Dahal 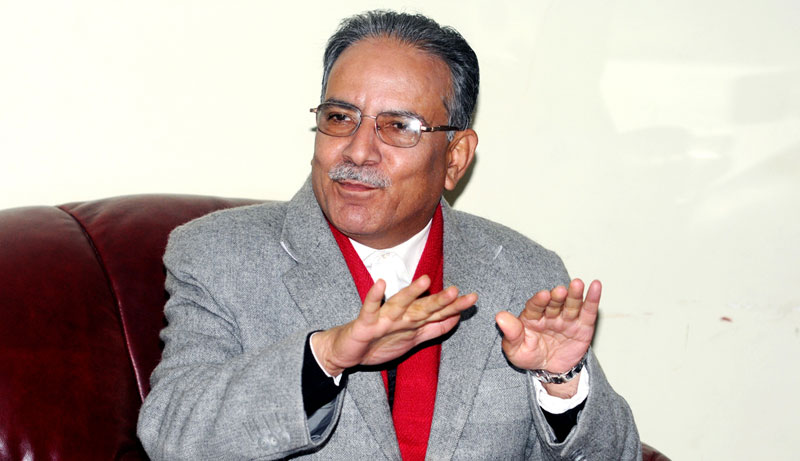 Dahal, while speaking with the journalist on Wednesday after the meeting with the various sister organizations at the party office, said that though NC has approached him with an offer of the post, he, however, has said that he has not thought of assuming the post out of the Left Alliance.

In another context, he has demanded Election Commission to pave out the way to form a new government by submitting the election report of the House of Representatives to the President.

He expressed his dissatisfaction over the ongoing delay on publishing the official final result of the election. He claimed that following the endorsement of the National Assembly ordinance has cleared one step in forming the new government.

Dahal said, “ It is said that there will be two leaders on the party unification coordination committee but there is no dispute regarding the role of the two leaders should be executive. What remains is only giving formality to this topic."

South Asian Air Pollution: A Pressing Concern for the Himalayas
9 hours ago

USD 800 stolen from student's luggage at TIA
24 minutes ago