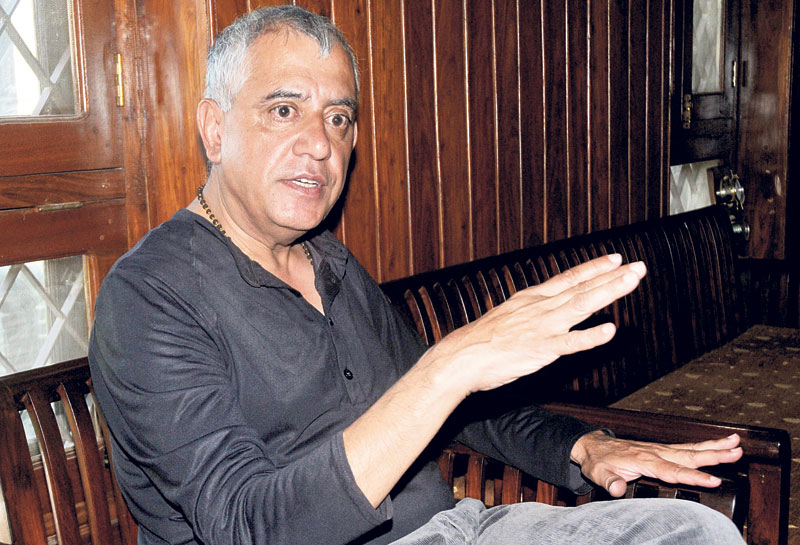 He was put on ventilator support at Om Hospital, Chabahil after he became critically ill during the wee hours of Wednesday.

In the evening, Koirala started to respond, opening his eyes when he was called and reacting when he was pinched. Doctors said that his blood pressure was being maintained and oxygen saturation was around 90.

Dr Lava Joshi, who was involved in his treatment, described the condition as improving but not out of danger.

“This was maintained with the help of medicines and ventilator. It should be under control even when the amount of medicines is reduced,” said Dr Joshi.

A team of doctors attending to Koirala in their first statement issued in the morning described his medical condition as critically ill with stable vital signs under advanced life support.
In an update in the afternoon, the team of senior doctors said the medical board review found “aspiration pneumonia leading to septic shock and multi-organ dysfunction.” At present also his condition is critical with advanced life support, they said.

According to the update,  the laboratory report showed derangement in liver and renal functions. “Chest X-ray showed pnemothorax for which a chest tube has already been inserted. He also has bilateral chest infection,” it said.

Doctors said nothing can be predicted without observing the condition for some hours more. Septic shock is a serious medical condition that occurs when sepsis, which is organ injury or damage in response to infection, leads to dangerously low blood pressure and abnormalities in cellular metabolism.

“Nothing can be predicted now,” Dr Arjun Karki, who is also attending on Koirala, said, adding that his present condition does not allow for his being taken abroad for treatment.

Senior neurologist Dr Uprendra Devkota examined Koirala in the evening and found that his brain was fully functioning.

NC leader Koirala’s blood pressure was recorded at 100/50 mmHg, the heart rate was 80 beats per minute and oxygen saturation was 95 percent in the morning.

Dr Hari Kumar Shrestha of Om Hospital said that even though the vital signs are improving the medical condition is still critical. He is being administered antibiotics. The condition would improve after the antibiotics started working, Dr Shrestha said.

The hospital said that senior consultant doctors available in the capital, including Dr Bhagwan Koirala, Dr Arjun Karki and Dr Upendra Devkota, have also been attending on him.

Koirala, 58, was rushed to Om Hospital after he complained of abdominal pain and respiratory problems.

According to a family source, Koirala had felt uneasy when he returned to his home at Tokha after attending a gathering with a few friends at his Maharajgunj home. His family recently shifted to Tokha from Maharajgunj.

He was strolling in the garden in the evening when he felt uneasy. He was taken to hospital at around 8 pm. Though a general checkup showed his condition to be normal, doctors suggested a bed rest at the hospital as he was scheduled for another regular check up next day at the same hospital.

“He had a stomach problem since long back. But his condition was normal even during the general check up. He then ate some pizza and slept at the hospital,” his personal secretary Bharat Tiwari told Republica.

Family members preferred Om Hospital as his spouse Dr Supatra also works there. Supatra herself had examined Koirala and his condition was not that serious till then.

“Around 2 am, his health suddenly deteriorated. According to doctors he might have been vomiting regularly and particles of vomit might have entered his lungs causing respiratory problems and low blood pressure,” said Tiwari.

It was only at 5 am that nurses found him lying unconscious on his bed. “Since then he has been kept on ventilator,” he said.

After reports spread that Koirala had been admitted to hospital, leaders of the major political parties including Prime Minister KP Sharma Oli reached the hospital to get updates on his condition.

Nepali Congress President Sher Bahadur Deuba suggested to the doctors to airlift him to any country if necessary. Scores of noted leaders were seen at the hospital premises throughout the day Wednesday to enquire about Koirala’s condition.