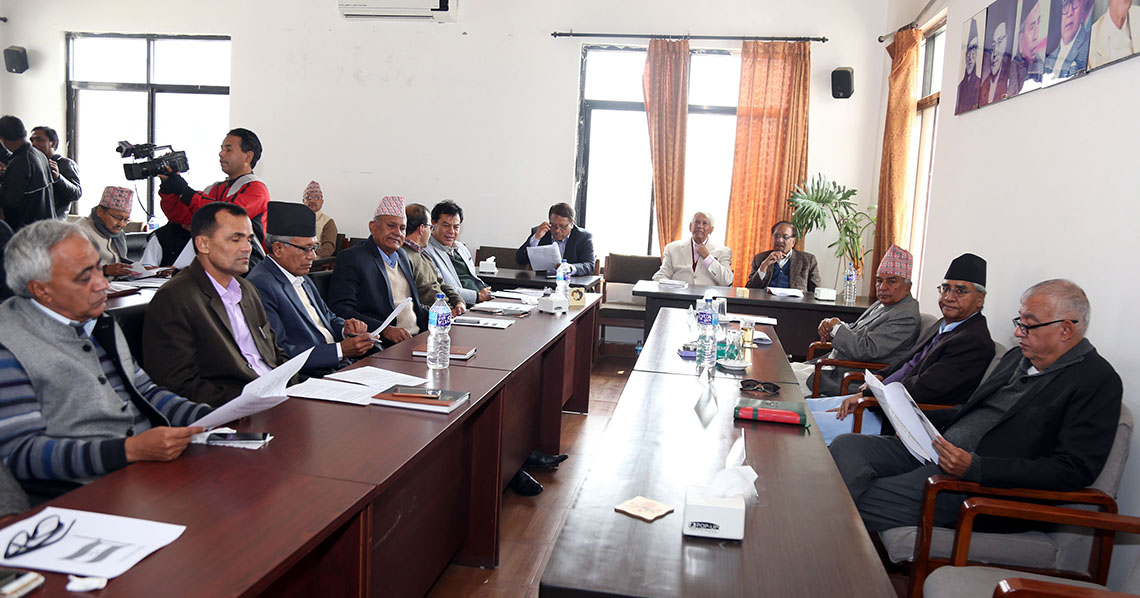 KATHMANDU, Feb 25: A meeting of the Nepali Congress Central Working Committee has formed a three-member task-force to elect the Parliamentary Party leader today.

The meeting held on Sunday at the Party Central Office, Sanepa formed a committee to carry out homework for the process to elect the parliamentary party leader. NC leader Chinkaji Shrestha is the coordinator of the committee where Bhishma Raj Aangdambe and Nabindra Raj Joshi are the members, said Party Spokesperson Bishwo Prakash Sharma.

Sharma said that utmost efforts would be made to elect the parliamentary party leader unanimously. However, if the consensus eludes, the party will go for election. The taskforce committee will fix the date for the election of PP leader.

He further said, "Nepali Congress (NC) has drawn the attention of  President Bidya Devi Bhandari to her decision to appoint National Assembly members while sitting on the recommendations made for those posts by the outgoing government."

The meeting has also approved the statute of parliamentary party of the federal parliament.

The NC parliamentary party meeting held in Singha Durbar on Saturday passed the statute with some amendments presented by leader Minendra  Rijal.

NC prepared a new statute in view of the federal parliament having the National Assembly and the House of Representatives.

KATHMANDU, Feb 28: Nepali Congress has said that it will choose its parliamentary party leader on March 5. ... Read More...