KATHMANDU, April 17: The main opposition party, Nepali Congress (NC), has asked the government to get the Millennium Challenge Corporation (MCC) agreement endorsed through parliament at the earliest possible.

Speaking during an all-party meeting called by Prime Minister KP Oli at his official residence in Baluwatar on Saturday, NC President Sher Bahadur Deuba asked the government to take the necessary initiatives to get parliament’s approval for the agreement at the earliest.

Talking to media persons after the meeting, senior NC leader Ram Chandra Paudel said Deuba clearly told the prime minister that it is not good to further delay endorsing the MCC agreement. “We have clearly put forth our views. The MCC agreement was reached when Sher Bahadur Deuba was the prime minister. If there are any objectionable issues, let’s hold discussion on them. But if there are no such issues, the agreement must be endorsed by parliament at the earliest,” Paudel told journalists.

Prime Minister Oli also said that Speaker Sapkota has held parliament hostage by refusing to cooperate with the government.

According to Prime Minister's Press Advisor Surya Thapa, the meeting has decided to take the issue in the Business Advisory Committee of the parliament and present the MCC Bill before the parliament for its decision. 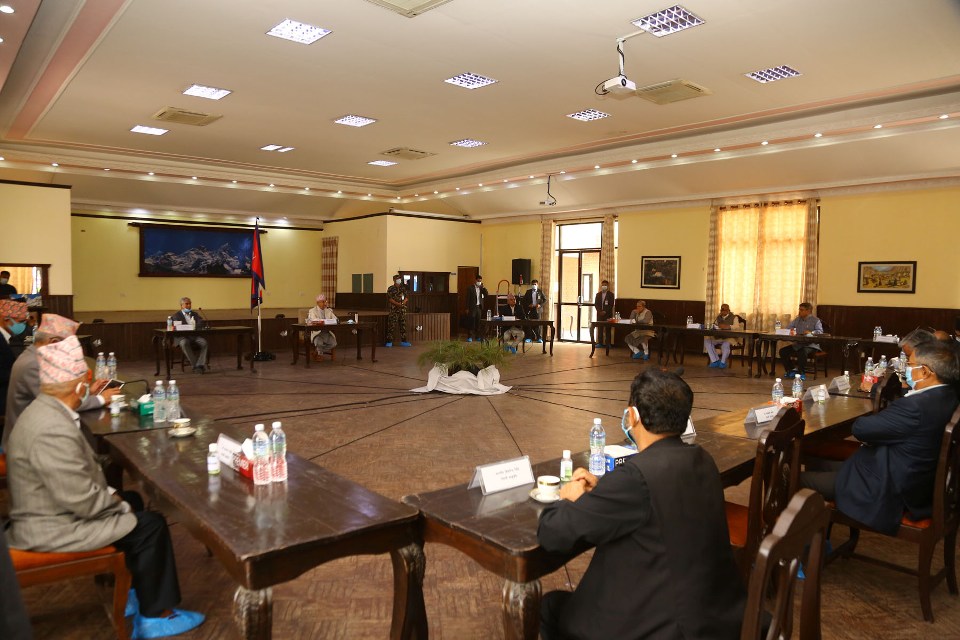 Leaders of other political parties represented in the federal parliament asked the government to work seriously toward containing further spread of COVID-19. They also expressed concern over the worsening situation of the COVID-19 pandemic in the country.

On the occasion, Prime Minister Oli sought support from all sides to tackle the pandemic.

According to RPP leader Dr Prakash Chandra Lohani, the prime minister sought cooperation from all political parties and bodies concerned to contain the COVID-19 pandemic and his party submitted a seven-point suggestion to the government to this effect, according to RSS.