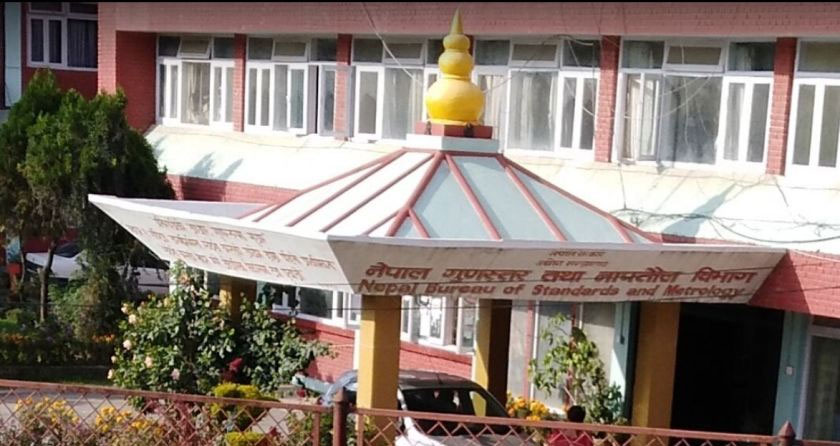 KATHMANDU, Feb 8: The Nepal Bureau of Standards and Metrology (NBSM) has barred three iron bar manufacturers from selling their products after the construction materials they produced were found to be substandard.

According to the NBSM, it imposed the restriction on Godawari Steels Pvt Ltd in Rautahat, Goenka Steels Pvt Ltd in Rupandehi and Ashok Steel Industries Pvt Ltd in Bara, effective from Thursday. “Number of products that these companies manufactured failed the quality standard maintained by the government authority,” said NBSM Director General Bishwo Babu Pudasaini, adding that the bureau had taken action against these manufacturers after the sample of their products collected during market inspection failed the quality test in the lab.

Pudasaini said that the bureau has imposed restriction on Godawari Steels to sell its rod in diameter of 8 mm. According to Pudasaini, the construction material was found to have yield strength force of 416 Newton per square millimeter against the government set standard of 500 N/mm2. “The iron rod with low yield strength has low load bearing capacity, which could lead to structural damage easily even with small shocks,” he said.

Similarly, the rods in 8 mm and 25 mm diameters produced by Goenka Steels were found to be defective. Pudasaini said that the products failed in bond testing. “The rip lining of the rod was lower than the prescribed standard offering insufficient projection to catch up the concrete bonding,” he said.

Pudasaini said that the NBSM took action against Godawari Steels and Goenka Steels after the clarification provided by these two companies were unsatisfactory.

Likewise, Ashok Steel Industries faces restriction by the NBSM as the 12 mm iron rod produced by the company failed to meet the government prescribed standard in bending capacity. As per the bureau, the elongation measurement of the TMT bar was found at 11.67% against the set standard of at least 12%. “With the defect at place, such iron bars have low flexibility and are easily breakable while they are bent,” said Pudasaini.

The regulatory body has sent official letters to the manufacturers to call off all the products in the aforementioned size from the market and appear before the NBSM with necessary clarifications. Pudasaini said the regulatory body would lift the restriction only after the companies implement corrective measures to maintain the quality of their construction materials.

The NBSM has made the NS certification on construction materials such as iron bars and cement mandatory, to ensure the use of quality products in infrastructure construction. The bureau has also imposed restriction on four domestic cement companies.

DHADING, Jan 9: Construction materials are left scattered around the premises. The building has been raised to three floors for... Read More...

BIRATNAGAR, Nov 23: Locals of Biratnagar have expressed anger over the 'never ending delay' in road construction. Stating that the... Read More...